Those were the words of Turloch Mooney, Senior Editor, Global Ports in an article in Journal of Commerce October 15, 2015.

As mentioned in previous blog posts, mega-ships many times have been a blaming factor in the port congestion issues of 2014-2015 on the West Coast.  However, Turloch Mooney mentions those are not the only factors to blame. Some other factors that have not been mentioned in previous blog posts include:  “long-standing practices like bunching ship calls together at ports on the weekend, rushing shipments before general rate increases, and misdeclared weights.” 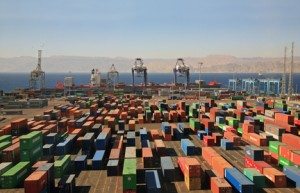 The article goes on to state that terminal productivity has not improved.  Furthermore, end of the week peak times for origin vessels in Asia have a lot to do with the congestion, so the blame does not entirely lie on mega-ships.  All the ships tend to arrive in “bunches” at destination considering they all leave around the same time, and travel and around the same speeds.

The article goes on to state, “Regular rate increases, which result in a rush in cargo volumes directly before the rate increase takes place and a reduction in volumes directly afterwards, are part of the cause of uneven cargo flows. This could be alleviated with a reliable freight rate index that would help to smooth the disruption in the shipping process.”

So the question is…. Do you think a Reliable Freight Index would help solve Port Congestion?