Report Critical of CBP Controls on Drawback and Entry Process

Report Critical of CBP Controls on Drawback and Entry Process

A recent independent auditors’ report on U.S. Customs and Border Protection’s fiscal year 2014 consolidated financial statements identifies four deficiencies in internal control. One, concerning drawback of duties, taxes and fees, is considered to be a material weakness. The others are in the areas of property, plant and equipment; entry process (including in-bonds, bonded warehouses and foreign-trade zones, entry reports, bond sufficiency, and classification of custodial liabilities), and information technology.

Drawback. Drawback is the remittance in whole or in part of duties, taxes or fees previously paid by an importer, typically when the imported goods are subsequently exported or destroyed prior to entering U.S. commerce. Depending on the type of drawback claim, the claimant has up to eight years from the date of importation to file. The responsibility for maintaining documentation to support drawback claims remains with brokers and claimants.{Photo Source: Depositphotos.com/nadia1992} 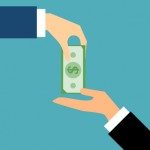 The report states that the current drawback system does not provide the necessary functionality to prevent overpayment of drawback claims. CBP plans to replace the current system with a new system in FY 2015, but until then CBP does not have sufficient resources to effectively perform compensating manual controls over drawback claims.

As a result, the report asserts, there is a high inherent risk of fraudulent or erroneous claims. The current drawback system does not allow for automated review of all drawback claims against a selected import entry, a manual review of all prior claims is not feasible, and the validity control review process CBP uses does not yield a statistically valid sample. The possibility thus exists that an import entry could be over-claimed by submitting multiple claims for the same item and that the error would not be detected.

Another problem identified by the report is that the drawback system does not properly account for bond sufficiency of claims that involve a continuous bond, potentially leaving CBP unable to recollect an overpayment of drawback from the surety. CBP began developing in FY 2012 a script that indicates the bond number, claimants listed on the bond, anniversary date of the bond, bond value, and a list of all drawback payments applied against the bond, but since the current drawback system is scheduled for replacement CBP has not allocated funding to complete the development of this script.

Further, the report states, the length of the drawback claim lifecycle often extends beyond the three-year documentation retention period mandated by Congress. As a result, CBP management may not be able to obtain sufficient, competent evidence to determine whether the recorded drawback claims exist and are complete and accurate.

In light of these concerns, the report recommends that CBP (a) dedicate sufficient resources to effectively perform compensating manual controls over drawback claims until systems can be updated to implement an automated solution, (b) continue to pursue congressional action to change the three-year recordkeeping requirement, (c) include requirements to automate bond sufficiency for drawback in the development of drawback functionality in the new system and, until that functionality is operating, develop manual control procedures to track the sufficiency of continuous bonds, and (d) institute a periodic monitoring control to ensure accurate and timely reconciliations are performed.

In-Bonds. An in-bond entry allows for the movement of cargo through the U.S. without payment of duty or appraisement prior to either entry into domestic commerce or exportation to a foreign country. The cargo may enter U.S. commerce after it arrives at the destination port and an entry is filed, may be entered into a bonded warehouse for storage, or may be admitted into a foreign-trade zone.

CBP revised its in-bond compliance module on April 1, 2014, in response to previously identified control deficiencies, but the report states that CBP did not effectively communicate the revised policy throughout the organization and did not provide sufficient training to port personnel, leading to inconsistent implementation across ports. In addition, complete and accurate listings of completed in-bond compliance exams, audits and results cannot be reliably generated from the system.

Bonded Warehouses and FTZs. Bonded warehouses are facilities under CBP supervision used to store merchandise that has not made entry into U.S. commerce, which is secured by the bond on the warehouse. Goods can be stored in these facilities for up to five years. 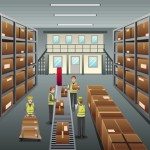 FTZs are secure areas under CBP supervision that are legally considered to be outside the commerce of the U.S. Foreign and domestic goods may be admitted into FTZs for operations not otherwise prohibited by law, including storage, exhibition, assembly, manufacturing and processing.{Photo Source: Depositphotos.com/artisticco}

The report found that a reconciliation of the codes assigned within the system to the compliance review schedule maintained by each port was not fully implemented during FY 2014, meaning the results of any reconciliations performed would not be reliable. In addition, CBP was unable to provide documentation to evidence the completion of compliance reviews to support the assessed risk level for certain bonded warehouse and FTZ reviews, creating a risk that imported goods awaiting entry into commerce may not be secure and could result in a loss of revenue.

Entry Reports. CBP personnel process and review certain entry edit/exception reports, including those that denote entries that were canceled or placed in rejected status, entries in rejected status, and entries for which duty, taxes and fees have not been collected or properly posted to the entry.

According to the report, CBP port personnel did not consistently adhere to the policies and procedures in place to ensure these reports were resolved properly, and CBP does not have adequate controls in place to enforce the segregation of duties over the processing, review and verification of these reports at the ports. This could cause CBP not to identify improperly canceled or deleted entries, unpaid duties, late entry summaries, or duties held in suspense accounts. Among other things, the report recommends that CBP institute a quarterly monitoring control by local port of entry management to ensure the timely completion of reconciliations.

Bond Sufficiency. CBP requires bonds from parties that import merchandise to secure payment of duties, taxes and fees in the event an importer fails to fulfill its financial obligations. The two primary types of customs bonds are continuous bonds, which have a one-year term that is automatically renewed until termination by the surety or principal and which are typically obtained by importers that have a larger number of entries across several ports, and single transaction bonds, which serve as collateral for a specific entry or transaction.

The report identified two weaknesses in internal control over STBs: CBP was unable to provide documentation to support the review of two STBs that were submitted electronically, and the execution date and transaction date of an STB occurred after the date of entry per the entry summary form, making the STB invalid. The report therefore recommends that CBP implement a centralized approach to monitoring STBs.