The National Retail Federation (NRF) has raised concerns about a proposal by the Port of Long Beach to reduce free time for containerized cargo at its container terminals from four days to six shifts in order to reduce congestion. 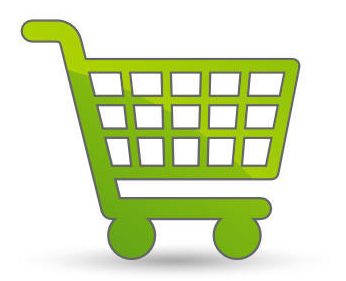 “Unfortunately we do not believe that reducing free time from 4 days (essentially 8 shifts) to just 6 shifts (3 days) on its own will address the ongoing congestion and throughput issues,” said Jonathan E. Gold, the NRF’s vice president, supply chain and customs policy in a letter to John Slangerup, the port’s chief executive officer and Noel Hacegaba, the port’s chief commercial officer.
{Photo Source:www.jenny4pritch.funnelizer.com}

Gold said NRF strongly supports the current efforts by the port, along with the Port of Los Angeles, to address port congestion issues through the Supply Chain Optimization (SCO) Working Group, but says, “Reducing free time as proposed will only lead to additional congestion and operational issues, and most importantly, potentially additional costs to NRF members by way of demurrage.”

“NRF members want to get their containers as soon as they are available. It is in their best interest to get the containers and not let them sit in the yard for long periods of time,” wrote Gold. “However, more times than not, they are not able to get their containers because of issues beyond their control. Many of these issues are continuously highlighted – lack of visibility into container readiness, excessive wait times for truckers, chassis availability, closed areas, appointment availability, Customs holds, PierPass, etc,” Gold wrote.

Last month, the Los Angeles Customs Brokers & Freight Forwarders Association (LACBFFA) also said in a letter to the Port of Long Beach that it stands against any proposed reduction in free time.

“The proposed calculation based on shifts could lead to more congestion in the ports because of the uncertainty over the last free day,” said the NRF. “This uncertainty will lead to missed container pick-ups, resulting in more containers trapped at the terminal.”

It said any proposal to change free time should be adopted by both the Long Beach and the Port of Los Angeles.
“Shippers should not be put into a position where the sister ports have different rules in place dealing with free time. This will only further exacerbate the congestion issues that currently plague the ports,” it said.

“There needs to be an increase in terminal operating capacity, lanes and gates to support increased and improved daily throughput. This includes the need for uniformity across the terminals regarding the number of weekly and open night shifts as well as Saturday and holiday schedules.”