Two things to take away from the article:

1. If / When GSP is reinstated and if refunds are approved, GSP will not be refunded on entries from Russia.

2. Terminating Russia’s GSP status might help pave the way to faster reinstatement of GSP. However, this most likely won’t happen in 2014.

President Obama has issued a proclamation terminating the designation of Russia as a beneficiary developing country under the Generalized System of Preferences. The move has no immediate effect but removes one hurdle to the potential renewal of GSP, which expired July 31, 2013.

Russia’s GSP eligibility was terminated as of Oct. 3, the date the proclamation was issued, in contrast to the usual 12-month delay. While the justification given is that Russia is sufficiently advanced in economic development and improved in trade competitiveness that it no longer warrants GSP treatment, the immediate effective date reflects increasing political tensions with Moscow over its involvement in neighboring Ukraine. The European Union and Canada acted earlier this year to remove Russia from their own trade preference programs, and the U.S. has imposed a series of successively tougher economic sanctions against Russia as well.

The revocation of Russia’s GSP benefits has no immediate economic effect; GSP as a whole remains suspended, so goods from Russia as well as all other beneficiaries are already subject to normal tariffs when imported into the U.S. However, it is generally expected that GSP will be reinstated eventually, at which point Russian goods will be at a disadvantage in the U.S. market. In addition, should Congress approve refunds of duties paid on GSP-eligible imports after the program expired, no such payments will be made to importers of Russian goods.

A more immediate effect of the proclamation may be on prospects for congressional renewal of GSP. The Obama administration has been under pressure to push a renewal forward from the U.S. business community, which says domestic manufacturers have lost sales and laid off workers because they have been paying an extra $2 million a day in tariffs on inputs sourced abroad that largely cannot be procured in the U.S. Russia’s status as a GSP beneficiary had been one of the factors cited by lawmakers as standing in the way of a reauthorization, and its termination could make it politically easier to renew the program. However, with only a short post-election legislative session remaining this year, such a step may have to wait until 2015. 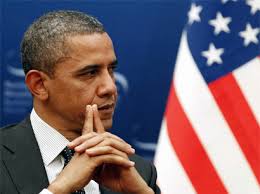