“It’s a recipe for disaster if we continue to do nothing,” Port of Tacoma Chief Operating Officer Don Esterbrook told port comissioners.

The Ports of Seattle and Tacoma met on Tuesday to discuss their plan to form an alliance, with local media reports saying the plan may take a little longer than originally expected. 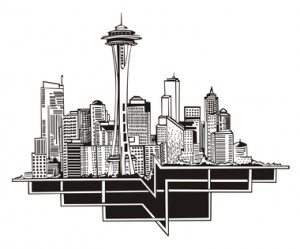 The Seattle Times quoted Port of Seattle deputy CEO Kurt Beckett as saying there is still a long list of issues for the two ports to work out and, “You get into the details and you get more work.”

Last month, Tacoma’s port Chief Operating Officer Don Esterbrook told port commissioners, “It’s a recipe for disaster if we continue to do nothing,” according to an account in Tacoma’s News-Tribune.
Esterbrook said the two ports combined now handle about 25 percent of the discretionary container cargo headed for other parts of U.S., compared to 30 percent several years ago, in part because more cargo is moving through the Canadian ports of Prince Rupert and Vancouver, which has resulted in utilization rate of the two ports’ terminals falling to 43 percent.