The Senate on Tuesday passed, 66-31, a short-term extension of surface transportation programs through Dec. 19 that includes an $11 billion bailout of the Highway Trust Fund. The authority for spending money under the current two-year bill is set to expire at the end of September.

The Highway Trust Fund is near insolvency, forcing the Department of Transportation to scale back highway and transit grants to states and transit agencies for infrastructure upgrades.

The legislation originally was tailored to run through May to give more time to agree on a long-term bill that identifies new funding streams to supplement the Highway Trust Fund, which is supported by a per-gallon tax on gasoline and diesel fuel. But supporters of an amendment adopted by the Senate said there is urgent need to pass a fully-funded, long-term solution to the Highway Trust Fund shortfall caused by a combination of inflation and more fuel-efficient cars. 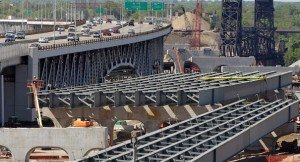 Several senators said they wanted to address the nation’s infrastructure gap now, but with gridlock over raising taxes and a mid-term election four months away, they said it was more important to provide stop-gap funding to keep construction projects on track.

The Senate bill amends a House-passed bill from two weeks ago that would have extended surface transportation programs for nine months. The Senate bill also eliminates the House bill’s provision to fiddle with pension rules so companies contribute more in federal taxes than for pension reserves to raise money for the HTF. Instead, the Senate adopted language designed to increase tax compliance.

The ball is now in the House’s court to vote on the new bill, but early signs are that House leaders plan to stick by their legislation plan for rescuing the Highway Trust Fund.