As Ebola persists in West Africa, shipping lines and traders are tweaking their contracts to protect themselves if the disease puts crews at risk of infection or prevents vessels calling at affected ports.

Ebola has not yet forced ports to close, but uncertainties about the spread of the virus are adding to legal and financial concerns for those involved in shipping oil, cocoa and minerals from the region.

Iron ore miners have already been hit by logistics problems exacerbated by the Ebola outbreak.

“Ebola clauses have now become a very common phenomenon,” said a senior freight manager with a leading commodities trader. “It is to protect the safety of the crew and also the earnings of owners.”

Shipping lines active in West Africa, such as oil tanker firm Stena Weco, have written clauses into their contracts requiring charterers to nominate alternative safe discharge ports if Ebola means they cannot call at the intended port, according to a contract seen by Reuters.

Global trade house Trafigura said it also had inserted Ebola clauses, although it declined to give details. 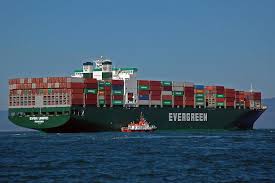 With the Ebola outbreak—that has killed nearly 5,000 people since March, mostly in Guinea, Liberia and Sierra Leone—still evolving, companies are concerned that any disruption it does cause would not be covered by standard contracts.

“It may be unclear whether contracts as currently drafted address the rights and obligations of parties in this unique and constantly evolving situation,” said Jonathan Moss of law firm DWF.

“Parties may disagree as to whether the adverse consequences of Ebola fit within ‘force majeure’ or other provisions in contracts.” A force majeure frees a company from contractual deliveries due to actions beyond its control.

Among the stipulations in the various Ebola clauses being adopted by ship owners are requirements for firms chartering their ships to find alternative ports if there is risk to the crew, to keep protective equipment on board, pay for medical expenses that crew members may incur, as well as other unforeseen costs including possible fines and delivery delays.

“Exactly how a situation will look like if the ship is ordered to a place where the crew will be in danger is yet to be seen, but we will not take any risks to crews going there if we ever come to such a situation,” said Stena Weco’s Managing Director Erik Hanell.

The International Maritime Organization has urged against any general ban on international travel or trade due to Ebola.

“The movement of ships, including the handling of cargo and goods, to and from the affected areas, should continue as normal, in order to reduce the isolation and economic hardship of the affected countries,” the IMO’s Andy Winbow said.

U.N. Secretary-General Ban Ki-moon reiterated that message, saying: “I have been urging all major international airlines and major shipping service lines to continue their normal trade and movement and transportations.”

But ports across the globe have tightened entry procedures for ships that have sailed from West Africa. Some have halted entry altogether in some instances.

Malta stopped a cargo vessel that was traveling from Guinea to Ukraine from entering its harbor for a medical emergency in September due to fears the sick person on board could have been infected with Ebola.

The restrictions have so far been limited, but that has not stopped some shipping companies altering their strategies to cut the possible risks from Ebola.

Ong Choo Kiat, president of U-Ming Marine Transport, one of Taiwan’s largest shipping companies, said it was excluding calls to countries affected by the disease.

Precious Shipping, one of Thailand’s largest dry cargo owners, states in its new charters that its ships are not to trade to Ebola infected countries, Managing Director Khalid Hashim said.

“There will be disputes aplenty should any ship get infected on board with Ebola due to calling at any country under the orders of charterers, or should a ship that has called an Ebola infected country get quarantined/delayed at a subsequent port,” Hashim said in an email to Reuters.

In a September regulatory filing, shipping group Star Bulk Carriers Corp said that if there was a risk to crews from Ebola, its vessels might not be able to call at ports in affected areas, potentially hitting its bottom line.

“These uncertainties could also adversely affect our ability to obtain additional financing on terms acceptable to us or at all,” Star Bulk said.

Oil and gas group Kosmos Energy said in a regulatory filing in October its exploration, development and production projects in West Africa could be delayed or interrupted should Ebola continue to spread, which could “significantly increase costs”. (Reuters)