According to Fox News Latino, the teachers of the Coordinadora Nacional de Trabajadores de la Educacion (CNTE) ended blockades of freight rail lines after a week long blockade in the state of Michoacan.  The members ended their protests after resuming talks with the Government Secretariat.

“The CNTE’s blockades left at least 200 trains carrying imported products – including thousands of containers with late-model cars, farm products and steel – stranded at the Pacific port of Lazaro Cardenas.

Teachers affiliated with the CNTE, which has more than 200,000 members in Mexico, have been on strike since mid-May to demand the repeal of a 2013 education overhaul that includes regular evaluations of teachers and ends longstanding union privileges.” [source]

According to Mexico News Daily, members of the CNTE prevented access to three international border crossings in Chiapas and Oaxaca.

In fact, on July 26, 4,000 TEU were stranded without access in or out of the Port of Lazaro Cardenas.  Since July 11, teachers have been protesting government education reform plans, stopping the flow of goods in and out of the country… which in turn has effected industries outside of the education industry.  According to Journal of Commerce, “Maersk is closely monitoring the blockade situation, and looking for the best way to mitigate the effect on customers.”  Clients are urged to move their freight by truck as opposed to rail. 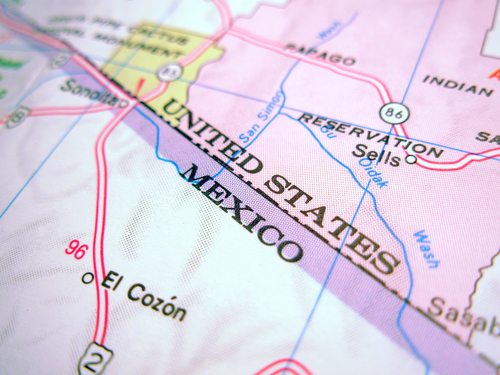 “In case you’re not familiar with deep-sea Port Lázaro Cárdenas, I can update you by saying that it is currently the main venue for Pacific Rim trade. Thousands of containers arrive from Asian nations, many of them to feed national manufacturing companies while others are U.S. bound, as many eastern companies have opted for this route for one reason: it is cost effective.

The track is operated by U.S. railroad managing company Kansas City Southern Industries Mexico (KCSICM) which got into a legal bidding concession back in 1998.

Up until last week, KCSIM didn’t have much of a problem with their customers but now — as I write this on Sunday — over 100 double-stack freight trains are stalled in Port Lázaro Cárdenas, as the CNTE union teachers set up track blockades in 17 different municipalities within the state of Michoacán.

Their blockade has forced Port Lázaro Cárdenas management to stop receiving shipments laden with containers from many Pacific Rim nations. Many of those containers are delivered to different auto assembly companies (Toyota, Nissan, etc.) located for the most part in the state of Guanajuato, which is smack in the middle of the route to Laredo.”