The TPP is Different from Other FTAs

The TPP is Different from Other FTAs

Froman Pledges Enforcement of TPP but Says No Renegotiation

Speaking on an Oct. 15 conference call arranged by the Council on Foreign Relations, U.S. Trade Representative Mike Froman rejected the idea of renegotiating the recently-concluded Trans-Pacific Partnership to remedy alleged shortcomings. However, implicitly addressing criticisms that past trade agreements have not always fulfilled their promise because partner countries have failed to abide by some of their obligations, Froman said the White House is developing a robust enforcement plan for TPP.

Froman said the agreement concluded in Atlanta earlier this month is the one that will be submitted for congressional approval.

“This is a different kind of agreement than other FTAs we’ve negotiated,” he said. Because TPP involves 11 other countries rather than just one or two, “every issue is tied to every other issue and every country’s outcome is balanced against every other country’s outcome,” meaning that “this isn’t one of those agreements where … you can … reopen an issue or renegotiate a provision.” Senate Finance Committee Chairman Orrin Hatch, R-Utah, has suggested that TPP may need changes in light of initial reports that it may fall short of congressional negotiating objectives on issues such as intellectual property rights and market access for agriculture.

At the same time, Froman added, the White House recognizes that securing a high-standard agreement is “really only the first step” and that implementation and enforcement will be just as important. One element of this is the agreement’s “strong dispute settlement chapter,” which features “very clear time tables for consultations, setting up panels, decisions by panels, decisions on remedies, [and] implementation of trade sanctions as necessary.” For example, the sanitary and phytosanitary standards chapter includes “a sort of rapid response mechanism” to address problems quickly so that shipments of perishable items are not unduly delayed. Further, USTR is working with Congress and other agencies “to develop a full plan for the monitoring and enforcement of TPP.” Froman also pointed out that two provisions in the customs reauthorization bill still awaiting final congressional approval – authorization of the Interagency Trade Enforcement Center and a fund for enforcement and technical assistance – would aid enforcement of TPP commitments. He noted that the U.S. is already working with participating countries to identify specific areas where they will require such aid as well as the resources that can be used to this end. 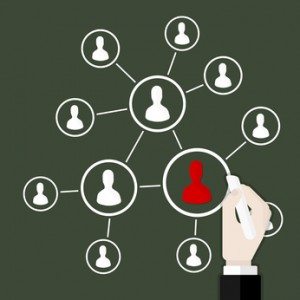 Froman largely sidestepped the issue of the timing of a congressional vote on TPP, which some observers say could be pushed back until a lame duck session of Congress in November 2016 or even later. He noted that participants are currently working to finalize the details of the text, which reports say could take another two weeks. In the meantime, Froman said, the White House is “briefing stakeholders, briefing Congress, briefing the public on what the ultimate resolution of key issues were in the agreement so that there’s a full understanding and we can have a full and open debate about the agreement, whatever the timetable is ultimately for approval.” He speculated that some lawmakers who did not vote in favor of trade promotion authority have “kept an open mind” on TPP and may ultimately support it once they have a better understanding of how it is “good for manufacturing, for agriculture, for services, for innovators, for entrepreneurs, particularly for small businesses.”

In addition, Froman said, the White House is working to highlight not only the economic but also the strategic importance of the agreement. TPP “is a manifestation of U.S. leadership in the world” and “it’s got broad strategic implications for the U.S. role in the world,” he said. A failure to implement TPP would open the door to competitors that are negotiating their own agreements that incorporate “more mercantilist approaches, more protectionist approaches, approaches that allow for forced transfer of technology or forced transfer of intellectual property, agreements that don’t have labor and environmental provisions or that don’t put disciplines on state-owned enterprises or that don’t maintain free and open Internet.” Froman expressed confidence that “it will become very clear through this debate to members of Congress” that it is much more to the advantage of U.S. workers and companies “if we’re living in a world where TPP defines the rules of the road than if we’re sitting on the sidelines and those rules of the road are set by somebody else.”

That “somebody else” is typically thought of as China, and while Froman reiterated that TPP is not directed against China he also opined that it will ultimately force Beijing to “raise [its] game to compete in a TPP world.” He suggested that this could be a long-term process, expressing his sense that China has “a long way to go to be able to meet” the standards of TPP. For now, he said, the U.S. will focus on concluding a bilateral investment treaty with China, which “is similar to the investment chapter of TPP” and thus will be “a good test case to see whether China … is willing and able to meet the high standards that we insist on in terms of our trade and investment partners.”