The International Air CargoAssociation (TIACA) has asked the U.S. Transportation Security Administration (TSA) to certify that its 100% cargo screening level on passenger aircraft has been achieved and to use its authority to immediately remove the ongoing requirement to report cargo screening data. [tiaca.org]

Airlines, forwarders, and shippers should no longer be required to submit data indicating their progress toward meeting the U.S. requirement that 100% of cargo on passenger planes be screened before loading according to TIACA.   The organization asked TSA Administrator John Pistole to certify that its cargo screening program has achieved the threshold mandated by Congress and to immediately remove the reporting requirement for screening data, as permitted under the appropriations bill funding the Department of Homeland Security in fiscal year 2013.

TSA now requires airlines to report inbound and outbound screening for all shipments, as well as forwarders and shippers who participate in the voluntary Certified Cargo Screening Program, on a six-month basis, compared to every quarter as the programs were being implemented.   TIACA officials say that the 100% level was achieved more than nine months ago and requiring the data forces the air cargo industry to expend significant information technology and labor resources to submit records in an extra format to the TSA.   Airlines or their customers have to maintain records of their screening activity, which can be audited during an inspection at any time, TIACA Secretary General Douglas Brittin, who until this summer was the TSA’s director of air cargo, said in a brief interview. Requiring another report to submit that information is redundant and opens industry members to being penalized for paperwork compliance, he said. [American Shipper] 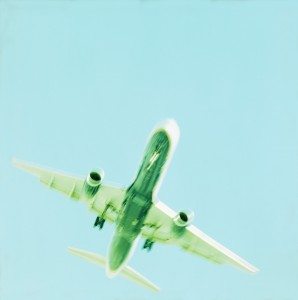