A Spanish tugboat successfully towed an unmanned cargo ship back to safety on Monday after its crew was forced to abandon the vessel almost a week ago. Workers from SMIT Salvage, a Dutch company that specializes in marine salvage and towing efforts, were lowered onto the ship via helicopter to help.

The Panamanian-registered Modern Express — measuring 164 meters (538 feet) long and carrying 3,600 tons of cargo — was tilting 40 to 50 degrees and being pelted by heavy waves. The ship’s crew sent out a distress signal last Tuesday.

The vessel was likely leaning to one side because cargo had shifted during the journey, officials said.

The ship was drifting 27 miles from shore when authorities launched their final rescue attempt. Had it not been successful, the vessel would have hit somewhere along the southwestern coast of France between Monday and Tuesday, French Atlantic coast authority head Emmanuel de Oliviera told reporters on Sunday.

The video below shows the Spanish Coast Guard airlifting the ship’s 22 crew members to safety by helicopter last week. 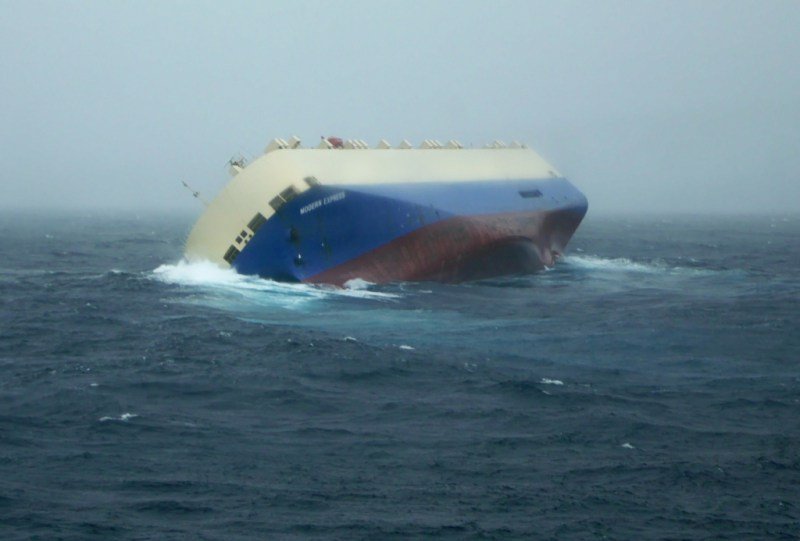 The Modern Express had been transporting wood and construction machinery from Gabon, a country on Africa’s western coast, across the Atlantic to Le Havre, a port city in northwestern France.