History is awash with decisions that if they happened differently could have changed the world. Atari founder Noland Bushnell was asked to be a key investor in the early days of Apple Inc. Now he says “I was so smart, I said no. It’s kind of fun to think about that, when I’m not crying.” While hindsight can be twenty/twenty these top 10 missed opportunities show just how drastic history could have been rewritten, with money lost and people hating themselves for passing up riches and power. 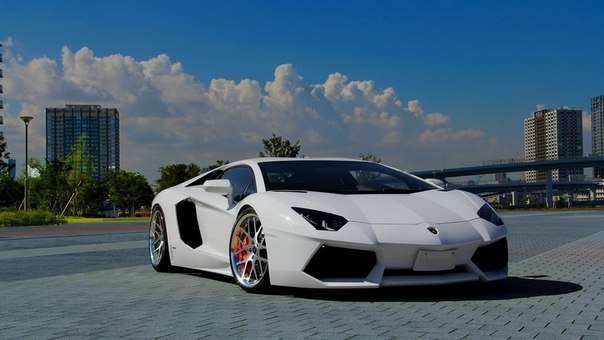 The Lamborghini car brand was created entirely out of spite. Ferruccio Lamborghini was a peasant-turned-mechanic who like to tinker with racing cars. He made his millions building tractors and got into the race car world. He had all types of cars from Jags, Mercedes and also three of four Ferraris. He loved the look, feel and power of the Ferraris but always complained about their notorious clutch problems. Once, he was back in the shop to again fix his Ferrari’s clutch, when he ran into company founder Enzo Ferrari. Ferruccio Lamborghini complained about the clutch problem and Enzo Ferrari snapped, “Lamborghini, you may be able to drive a tractor but you will never be able to handle a Ferrari properly.” In response to this insult, Lamborghini decided to create his own, and as we know now, hugely successful luxury car brand. If Ferrari had just kept his mouth shut or offered to collaborate with Lamborghini, Ferrari would have a much larger market share. 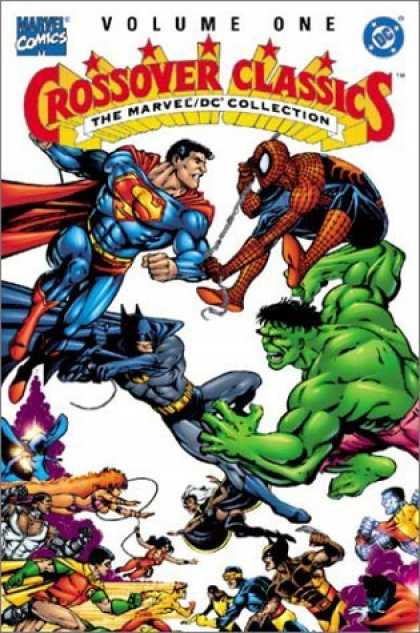 In the 1980s, DC comics (Superman, Batman, Wonder Woman, Green Lantern) was struggling as a business. Sales were down and its market share in the comic book world was around 18%. People in Marvel, the comic giant, which had a 70% market share, were looking into buying the DC universe rights. Jim Shooter, a comic book artist, publisher, and in 1984, the editor at Marvel, thought the company could turn the failing DC titles around with better story direction and most importantly make a huge amount of money for Marvel. The Marvel and DC “suits” entered into negotiations and everything looked right for a buyout. However, around this time a small publisher First Comics sued, alleging that Marvel had a monopoly and was flooding the market. According to Shooter, the lawsuit was entirely without merit but it spooked the lawyers at Marvel and killed the DC deal. Marvel still makes billions with their superhero movies, but if they had the the characters of the DC Universe they would be infinitely more powerful and wealthy. 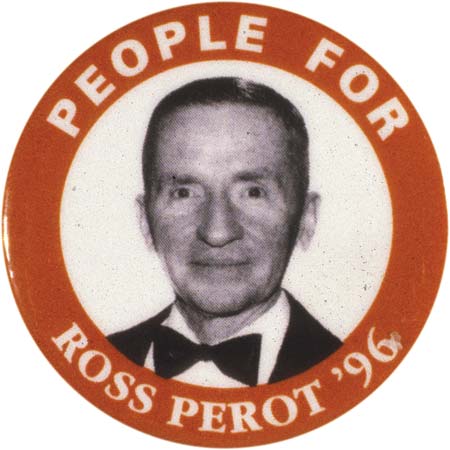 Ross Perot made his vast fortune creating several computing systems, one of which he sold to GE and another to Dell for billions of dollars. However he is probably most famous for his failed attempts to become a “third-party” President in the 90s. While he got all his money from IT he almost became the most powerful man in computers. In 1979, Perot was running the Dallas-based Electronic Data Systems (He eventually sold EDS to GM). He was interested in buying up some small IT firms and came across a company called Microsoft. Looking back in 1992, Perot remembers that Gates “did give me an opportunity to buy a ringside seat. He has never kidded me about that, but I think if the shoe were on the other foot, I’d probably needle him.” If Perot had offered more money or more opportunity for Gates’ Microsoft, Perot would be even richer than he was in 1992. Bill Gates now is the richest man in the world but has zero political ambition. Perot could have had the wealth of Gates and channeled even more money into his political campaign.

7. Volkswagen was offered around after WW2, no one wanted it 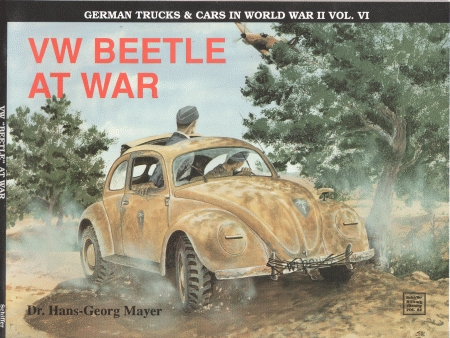 Now Volkswagen is one of the biggest car makers in the world. In the aftermath of WWII, the victorious British occupied the area where the Volkswagen factory was. The initial plan was to dismantle the factory and send it to the United Kingdom. However, when the occupation forces offered the factory machinery to British car companies, no one wanted it.The British commander of the factory, Ivan Hirst, decided that instead of dismantling the factory he would operate it and use the cars it built to feed the local starving German population that was now the responsibility of the British. If the British car manufacturers had taken the Volkswagen factory machinery, they would have crushed German auto manufacturing and maybe created their own version of the legendary Bug.

Currently, Facebook stands to become a IT company the size and power of Microsoft or Google, yet it wasn’t always that way. In 2003, MySpace was launched to compete against the then social media giant, Friendster. Soon MySpace’s membership exploded and industry experts predicted a future where everyone would have a MySpace page. As it started to expand in membership numbers, other social media sites looked to threaten MySpace. One of these sites was the new upstart, Facebook. In the spring of 2005, MySpace CEO Chris DeWolfe, met with the Facebook team in order to buy Facebook, but when Zuckerberg asked $75 million DeWolfe passed. Facebook would eventually crush most social media, and at the end of 2013, had total assets of $17.89 billion compared to MySpace which was sold for $35 million to Specific Media Group and Justin Timberlake. If MySpace had bought out Facebook it would now be one of the most powerful social media sites in the world. 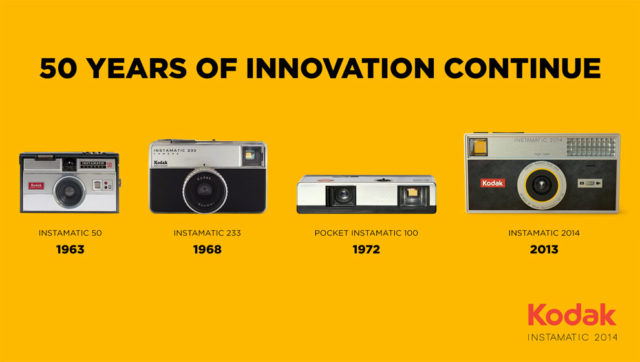 Kodak used to be synonymous with photography. As late as 1976, the Kodak photography company had as high as a 90% market share in American photographic film sales. Always a leader of innovation in photography, Kodak actually invented digital technology. In 1975 Kodak engineer Steve Sasson invented the first digital camera and Kodak, afraid this digital world would harm its film sales, suppressed it. As we know now digital cameras were championed by other companies and soon made film cameras museum pieces. As their film products plummeted, Kodak looked to be relevant in this new digital camera world. They released one camera that could take a picture, and then through a wifi connection, email the picture to your friends. This was a huge innovation at the time but Kodak didn’t push it and let the wifi camera die. Now photo sharing is a huge industry and Kodak could have been the innovator of the time, but again it dropped the ball. In 2014, Kodak is a shadow of its former self and only avoided bankruptcy after selling off most of its patents for $525 million in 2013. 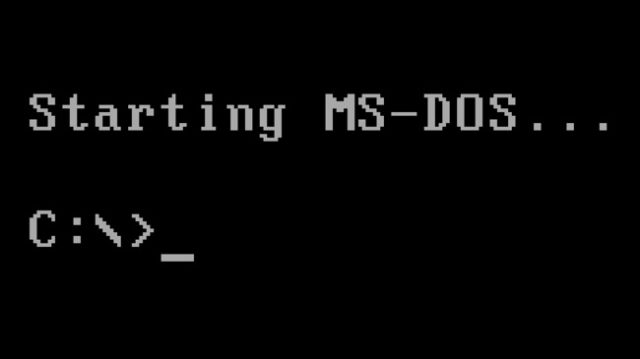 In the early days of personal computing, manufacturers like IBM didn’t have the technical know how to see the future of computers. All the suits wanted to do was what they’ve always done, sell hardware. To be fair, even Bill Gates and the team at Microsoft didn’t see the potential for PC operating systems (OS). They tried their hardest to off load designing an OS to the Digital Research company but they and IBM couldn’t come to an agreement. IBM went back to Gates and eventually they were able to hammer out a deal to create what would be known as MS-DOS. If IBM had a Gates or Jobs like programmer on their staff, they could have created an OS, or if Digital Research had been more proactive, they could have got the contract. Instead, almost by default, Gates and his Microsoft team created the precursor to the OS system, the same system that is now on most computers in the world. 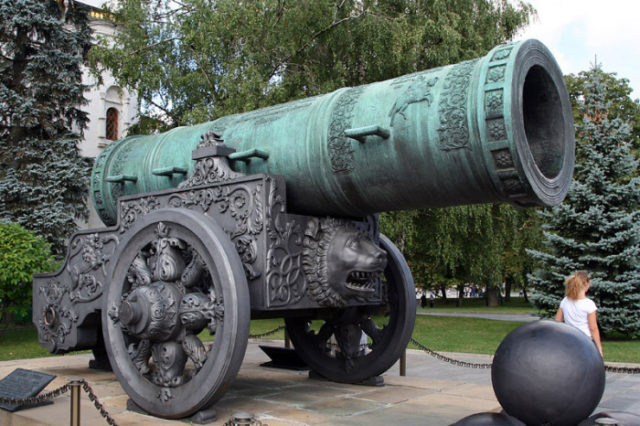 The Roman Empire died in the late 5th century, yet the Eastern Roman Empire, what we call the Byzantine Empire, lived on for almost another 1000 years. Centered on Constantinople, the Byzantines survived dozens of attempts to destroy their Empire, yet over hundreds of years it was reduced to a fraction of its former size but it still held on. In 1453, the Ottoman Empire was set to be the world’s newest superpower and it tried to breach the Byzantine capital, Constantinople. The year before, a weapons manufacturer by the name of Orbantried to sell the idea of a large cannon to Byzantine Emperor, Constantine XI. The Emperor was interested in developing the idea but couldn’t fully fund the project. Eventually, destitute Orban left the city and sold the idea to the highest bidder, the Ottoman Empire. They had the funds and developed Orban’s giant cannons. The result was a 27 feet long monster, with barrel walls 8 inches thick and of solid bronze. The cannon mouth had a diameter of 30 inches. Day after day, the walls of Constantinople were battered from the giant cannon and other cannons Orban had designed. After almost 50 days, the walls were degraded enough for Ottoman forces to try and storm the city. On May 29, 1453, the Ottomans rushed the walls and were able to enter and sack the city, putting an end to the Byzantine Empire. If Emperor Constantine had enough money, the Ottomans would never had Orban design their giant guns and the Byzantines might have been able to withstand the siege, like they had dozens of times before.

2. Netflix tried to get Blockbuster to buy them 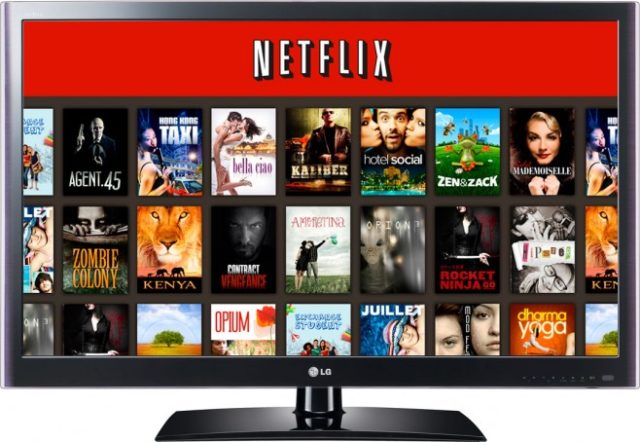 In 2000, a new start up company called Netflix was struggling. With only a few hundred thousand subscribers, they relied on the cost intensive process of mailing DVDs through the US postal service. They had started a streaming site but needed capital. In the spring of that year, Netflix CEO Reed Hastings flew out to rental giant Blockbuster’s Dallas headquarters. Blockbuster was approaching 8000 stores and thought nothing would threaten its market share. Hastings offered to sell Blockbuster a huge part of Netflix and basically take the Blockbuster name and run its streaming service. The suits of video giant“nearly laughed us out of the office.” They saw no threat in Netflix’s service, and ignoring the potential of streaming allowed NetFlix to develop into the media giant it is today. Meanwhile, Blockbuster struggled on for a few more years and in 2013 it closed the last of its stores, although a few dozen franchise-owned stores still carry the Blockbuster banner.

1. Google wanted Excite to buy into them

The number one IT rags-to-riches story used to be Microsoft, but now it is the advertising giant, Google. Worth billions of dollars, Google is able to spend massive amounts of money to either buy out existing companies or develop new technologies that will eventually change the world. In the beginning, it was just a small company run out a garage of a friend of the Google founders, Susan Wojcicki, in Menlo Park, California. In 1999, money-man Vinod Khosla talked the two founders of Google, Larry Page and Sergey Brin, to sell their small company to the search giant Excite.com. Excite CEO George Bell thought their offer was overpriced for such a small company and killed the deal. Even when Khosla talked the Google boys into lowering their price to $750,000, Bell still wouldn’t bite. In 2013 Google is worth $110.92 billion and making its founders billionaires. George Bell? Not so much.