During the same time, the remaining member countries of the Trans-Pacific Partnership (TPP) deal have continued to modify and push forward on the agreement that has been in works for over 2 years now, which was also one of the first agreements that President Trump withdrew the nation from when his administration started.

However, President Trump has emphasized how he wants the United States to work hand in hand with specific countries to grow American exports and develop a good trading relationship, working towards his goal of reducing the U.S. trade deficit. 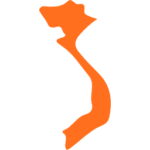 United States and Vietnam will continue to expand their relationship based on the Trade and Investment Framework Agreement (TIFA) which pushes trade in the indsutrial and agricultural products and services, along with further encouraging investment opportunities between the two countries. In March of 2017, the countries discussed outstanding bilateral trade issues  and Trump’s commitment to expanding ties with the Asia-Pacific region. Some of the trade issues discussed were centered around: “agriculture and food safety, intellectual property, digital trade, financial services, customs, industrial goods, transparency and good governance, and illegal wildlife tracking. Vietnam also updated the U.S. team on its plans to implement labor reforms. The two sides agreed to continue their dialogue on these issues and to launch working groups focused on resolving bilateral issues, starting with groups on agricultural and food safety issues, industrial goods, intellectual property matters, and digital trade.” [source]

In the recent weeks, Trump’s trip to Vietnam was a huge success according to the Press.  As mentioned in the March discussions, the commitment from United States to keep its “care” for smaller countries such as Vietnam, especially in regards to the “South China Sea sovereignty dispute” was notably important.  According to Forbes.com, “Vietnam wants foreign help resisting Chinese expansion in the 3.5 million-square-kilometer sea prized for fisheries and undersea fuel reserves. Beijing claims about 90% of the sea including tracts that Vietnam calls its own. It builds artificial islands for military use. In 2014 a Chinese oil rig set off deadly anti-China rioting in Vietnam. In June, China apparently pressured Vietnam to quit its own oil and gas drilling project.”  The list goes on.

The other victory to Trump’s Vietnam trip in November was the fact he agreed to push trade between the countries despite the trade deficit in Vietnam’s favor. They agreed to accept U.S. distillers dried grains into Vietnam and Vietnamese star apples into the U.S., for example.  In the same aforementioned article from Forbes.com, the author mentions,

So he asked Vietnam to be more transparent but not in a way that flamed the host or precluded a deal some day. The region as a whole, he said, should ‘remove unfair trade practices,’ per the VnExpress.net report.”

Despite the noted great conversations and personal relationship between President Trump and President Xi, the two countries still lack a formal agreement based on bilateral trade. By contrast, a statement with China emphasized longstanding U.S. complaints but gave no indication of any agreement on joint efforts going forward. President Trump underscored the importance of “rebalancing” trade relations with China in a way that “strengthens American jobs and exports.” He also called on China to guarantee “fair and reciprocal treatment” to U.S. companies, provide greater market access to U.S. exports and firms, and accelerate the implementation of market-oriented reforms to reduce its trade surplus with the U.S. Trump also criticized government intervention in the Chinese economy, which he said “has caused stresses in the global trading system,” and reiterated that the U.S. “will use all available trade remedies to create a level playing field for United States workers and businesses.” 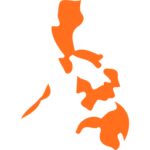 Although the Press continued to ask about the human rights issue in the Philippines, it was not brought up during the formal discussions. What was brought up was the focus to push out illicit drugs in the country. Furthermore, the United States and Philippines discussed interest in a bilateral free trade agreement, which will be discussed under the current TIFA and progress on agricultural, IPR, customs, labor and other issues. [source]

All in all, after President’s recent Asian tour, he emphasized that trade was a big deal.

After my tour of Asia, all Countries dealing with us on TRADE know that the rules have changed. The United States has to be treated fairly and in a reciprocal fashion. The massive TRADE deficits must go down quickly!

The remaining members of the TPP have now created what is called the Comprehensive and Progressive Agreement for Trans-Pacific Partnership (CPTPP). The agreement has now “suspended” 20 sections of the original TPP. Consensus still need to be reached before all members sign the agreement, notably on topics that incorporate the following: “an issue on state-owned enterprises related to Malaysia; a commitment on coal affecting Brunei; a dispute settlement provision involving trade sanctions connected with Vietnam; and a cultural exception issue related to Canada” [source].   The remaining members include Australia, Brunei, Canada, Chile, Japan, Malaysia, Mexico, New Zealand, Peru, Singapore, and Vietnam.  What was the TPP before it was thrown to the side?  See for yourself here.