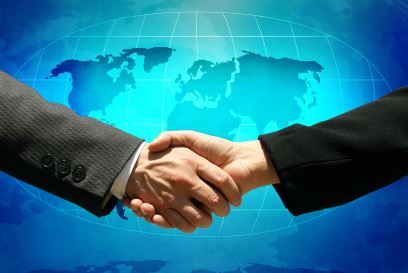 A recent report from the International Trade Commission finds that over the past 30 years U.S. bilateral, regional and multilateral trade agreements have generally become broader, stronger and more transparent and have yielded largely positive results.

Highlights from the report include the following.

– The ITC estimates that in 2012 these agreements increased total U.S. exports by 3.6 percent, total U.S. imports by 2.3 percent, bilateral trade flows with partner countries across the traded goods and services sectors by an average of 26.3 percent, real GDP by 0.2 percent, total employment by 0.1 percent and real wages by 0.3 percent above what would have been achieved in the absence of the agreements.

– The agreements had a positive effect, on average, on U.S. bilateral merchandise trade balances with partner countries, increasing trade surpluses or reducing trade deficits by $87.5 billion (59.2 percent) in total in 2015.

– The agreements had a mixed effect on foreign direct investment, in some cases increasing and in other cases decreasing inbound and outbound investment flows.

– The agreements resulted in tariff savings of up to $13.4 billion in 2014, with a significant part of these savings benefiting U.S. consumers.

– Industry-specific agreements had a larger impact than agreements that cover many sectors: the Information Technology Agreement increased annual U.S. exports of covered products by 56.7 percent in 2010, the Uruguay Round and NAFTA tariff reductions increased annual U.S. steel imports by 14.7 percent in 2000, and the increase in apparel imports that coincided with the Agreement on Textiles and Clothing accounted for most of the reduction in U.S. employment in the apparel industry between 1998 and 2014.

– Trade agreements have affected not only trade but also other aspects of the U.S. economy, with results including higher aggregate employment, lower prices and greater consumer choice, as well as negative effects on production and employment in certain sectors.

– The ability to attribute certain changes that industries have experienced over time to trade agreements varies from case to case.