Legislation to reauthorize trade promotion authority and extend several trade liberalization programs was introduced in the House and Senate April 16, sparking hope that a long-delayed trade agenda could finally move forward this year.

According to a joint press release from Senate Finance Committee Chairman Orrin Hatch, R-Utah, and Ranking Member Ron Wyden, D-Ore., along with House Ways and Means Committee Chairman Paul Ryan, R-Wis., the Bipartisan Congressional Trade Priorities and Accountability Act of 2015 outlines 21st century congressional negotiating objectives that any administration – Republican or Democratic – would have to follow when entering into and conducting trade talks with foreign countries.

These objectives address issues such as currency manipulation, digital trade, state-owned enterprises, localization barriers to trade, government involvement in cyber theft, protection of trade secrets, human rights, and labor and environmental protections. The TPA legislation also includes provisions to increase transparency by requiring that Congress have access to important information surrounding pending trade deals and that the public receive detailed updates and see the full details of trade agreements well before they are signed.

When a trade agreement meets the specified negotiating objectives and Congress is sufficiently consulted, the press release states, the bill would allow it to be submitted to Congress for an up-or-down vote within strict timeframes. However, the TPA bill creates a new mechanism for the removal of these expedited procedures if, in the judgment of either the House or Senate, the agreement does not meet the established requirements. This provision resolves a disagreement between Hatch and Wyden that had delayed introduction of TPA for several weeks.

Also introduced April 16 was legislation that would (1) extend theAfrican Growthand Opportunity Act (including its third-country fabric provisions) for ten years, simplify rules of origin, add notification and reporting requirements, and improve transparency and participation in the AGOA review process; (2) reauthorize the Generalized System of Preferences through Dec. 31, 2017, and provide retroactive relief to eligible products imported since GSP expired on July 31, 2013; and        (3) extend through Sept. 30, 2025, the Hemispheric Opportunity through Partnership Encouragement (HOPE) Act and the Haiti Economic Lift Program (HELP), which provide trade benefits for apparel and other products imported from Haiti. 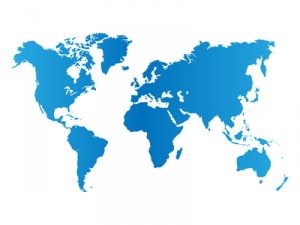 It appears that a separate bill to extend the Trade Adjustment Assistance program, which provides training and other benefits to workers who lose their jobs due to trade agreements, will also be introduced soon and move in tandem with TPA. A customs reauthorization bill, which among other things would strengthen trade remedy enforcement, could also be in the mix.

Senate Finance has scheduled a markup of the TPA bill for April 23, and House Ways and Means could follow suit soon thereafter. While TPA is generally expected to be approved by the Senate, its fate in the House of Representatives remains unclear amid an increasingly vocal effort by opponents. Many observers see TPA as vital for concluding the Trans-Pacific Partnership, which could be wrapped up this year, and the Transatlantic Trade and Investment Partnership being negotiated with the 28-member European Union. It could also accelerate efforts to conclude a Trade in Services Agreement among nearly two dozen countries.