CBP should require use of the Automated Commercial Environment only for capabilities that have been in production for at least six months, said Trade Support Network industry members in a June 26 letter to CBP Commissioner Gil Kerlikowske and other government officials involved in the ACE transition.

The TSN group, the Trade Leadership Council (TLC), said there’s too much at risk to proceed with the current ACE and International 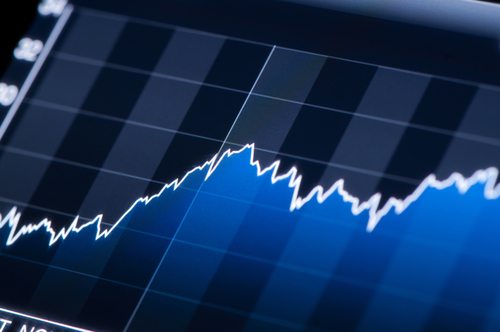 System transition plan. While the council didn’t specifically ask for a delay to the current deadline, such a revision would mark a major shift to CBP’s plans.
{Photo Source: Depositphotos.com/seewhatmitchsee}

CBP and the partner government agencies are still “developing the necessary programs” and several major steps remain, the TLC said. “After careful consideration,” the TLC is now “convinced that the plan for mandatory use of ACE/ITDS for all entry summaries and cargo release transactions, including the new PGA message sets, on November 1, 2015 is premature,” it said.

“Adherence to this deadline threatens to compromise the investments made by the government and the private sector and to disrupt commerce between the United States and the rest of the world. A misstep by the United States with respect to the implementation of a single window will set back similar efforts in other areas of the world.”

CBP should only require ACE/ITDS use “after the applicable systems” and other necessary pieces “have been in production, without substantive modification for at least 6 months,” said the group.
The group also pointed to four elements that would need to be completed in order for the November transition to be successful.

Success would require “the development testing and implementation of the necessary computer applications; the development of the necessary processes and procedures to take advantage of the automation; the promulgation of required policies and regulations; and the training of personnel to operate within the new environment,” it said. The letter followed a major TSN meeting focused on ACE.

CBP received the letter and will continue to monitor progress, said an agency spokeswoman. CBP “appreciates the thoughtful input from this key trade partner,” she said. “Last week’s TSN conference provided a great opportunity to exchange information and ideas about ACE implementation and PGA participation in the Single Window.

As we have emphasized throughout this effort, CBP is constantly evaluating ACE functionality, gathering feedback from our trade stakeholders, and making adjustments to meet the needs of both our government and trade partners.” CBP will continue to work with all industry stakeholders “to gather their input and continue the transition to ACE,” she said.

The remaining work is too complex and important to risk major transition problems, the TLC said.

The cargo release process will become even more complicated as 15 agencies’ PGA messages are added, it said. With piloting to begin soon, there’s not enough time to sufficiently test the capabilities, the TLC said. “CBP and the Trade have learned through experience that even with extensive testing in the certification environment, new problems appear when the system is moved into production and these issues
may take months to resolve.”

The TLC is made up of “leading importers, exporters, customs house brokers, freight forwarders, carriers and software developers who have invested significant time and resources, often
with the loss of opportunity to better focus on current operations,” it said.

The agency should also outline contingency and business resumption plans ahead of the required use of ACE/ITDS, the TLC said. Establishing a deployment mechanism along these lines substantially increases the probability that the full deployment of ACE/ITDS will be a success and will provide the desired benefits to the Government and the Trade.”

Recent problems with ACE Air Manifest highlight the potential for transition issues, the group said. “As evidenced by the recent Air AMS rollout, inadequate testing results in a significant negative impact on shipment processing,” the TLC said in the letter. “These problems, however, will pale in comparison to the problems that will result from mandating the use of ACE/ITDS for cargo release and entry summary before these processes are adequately tested.”

CBP also isn’t constrained by the ITDS executive order and could make changes to ACE transition plans as necessary, the TLC said. “We are not aware of any external mandate that requires the exclusive use of ACE/ITDS by November 1, 2015, a deadline which is not realistic and will create substantial harm,” the industry group said.

“We urge CBP to consider deployment on the basis of readiness, including the production status of all four elements outlined above, rather than on an adherence to an arbitrary deadline.”

Email ITTNews@warren-news.com for a copy of the letter.