Continued Talks may resume in June

According to Supply Chain Brain, “No date has been set so far for fresh talks, he said. It’s likely Trump would meet with Chinese President Xi during the G20 meeting in Osaka, Japan, in late June, Kudlow said.”

This all comes after President Trump imposed the increase from 10% tariffs to 25% tariffs on Section 301 List 3 products of $200 billion worth of U.S. imports from China.

After taxes were imposed on Friday and the Chinese President returned home, President Trump tweeted several messages stating it was a bad idea that China “backed out” of a deal, and some comments about how the tariff increase would affect the American consumer.  In the meantime, China was waiting until retaliation… until just now.  As of May 13, 2019, China announced that it will hike tariffs on roughly $60 billion on U.S. imports into China.

I say openly to President Xi & all of my many friends in China that China will be hurt very badly if you don’t make a deal because companies will be forced to leave China for other countries. Too expensive to buy in China. You had a great deal, almost completed, & you backed out! 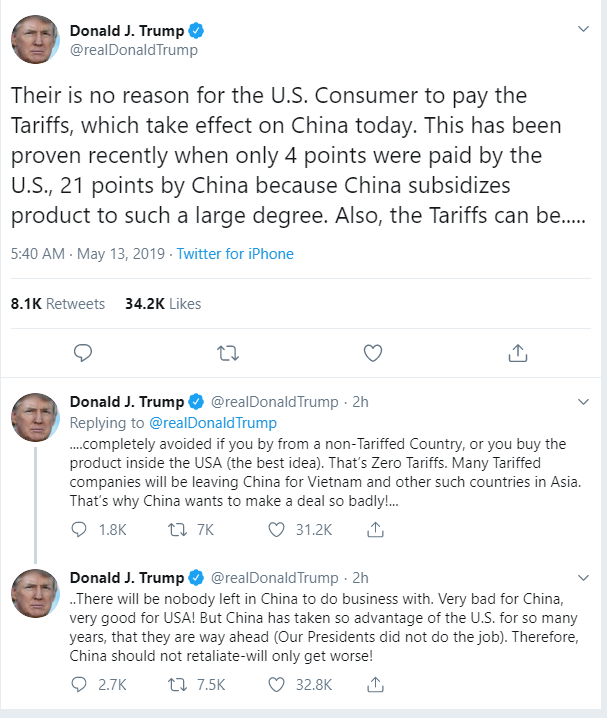 According to Supply Chain Brain, Senator Lindsey Graham, a South Carolina Republican, states, “We’re going to have some short-term pain in America to get China to change their behavior.”

Here is an interesting graphic that shows the Top 10 U.S. imports from China which haven’t been tariffed in the current dispute: 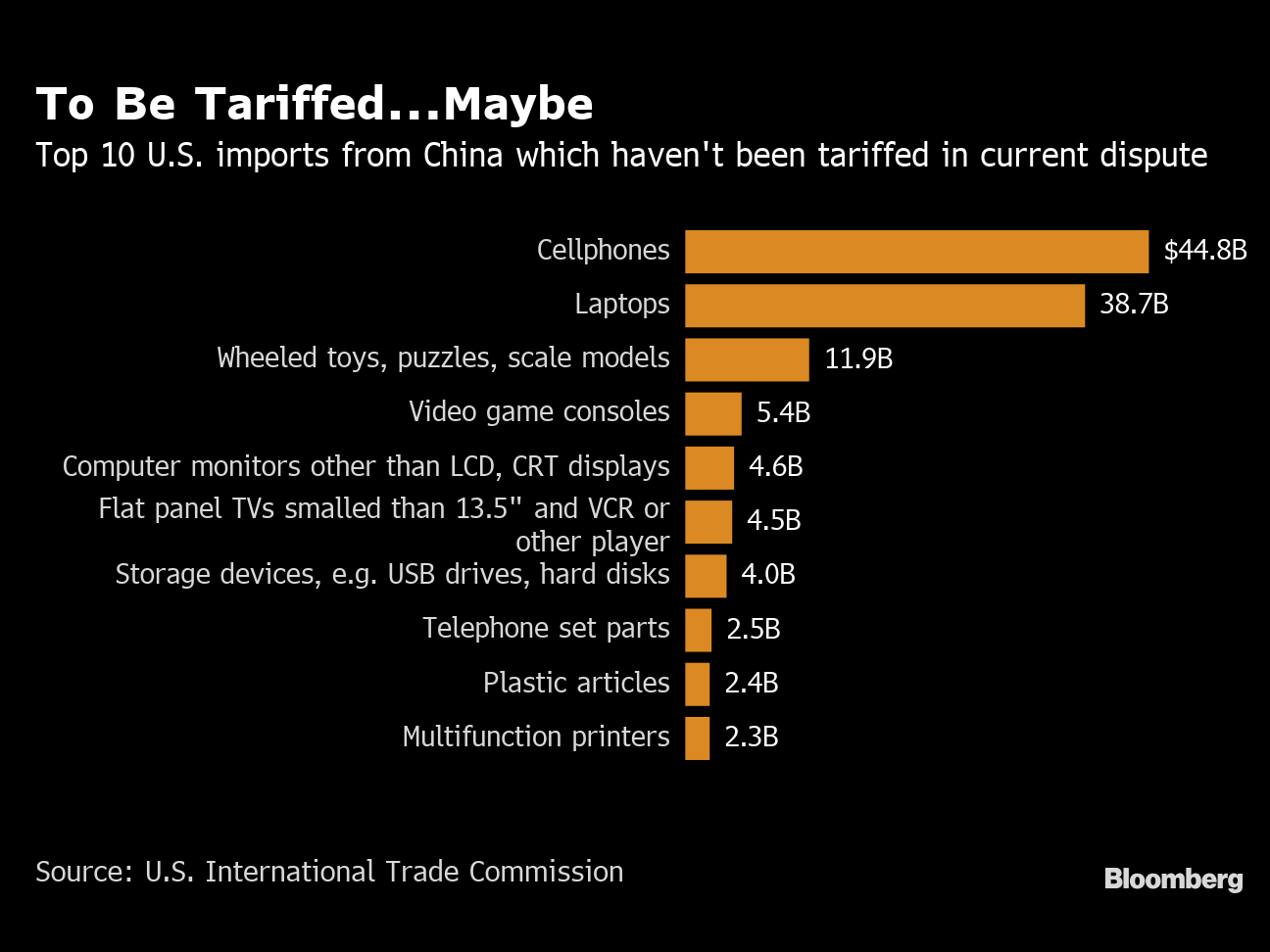