Kerlikowske said the U.S. and Canada are continuing to explore how to implement cargo pre-inspection, which involves an examination of cargo by the destination country at designated preclearance sites inside the territory of the departure country and can reduce congestion and related delays at the border.

In January 2015 the two sides concluded the operational test phase of a truck cargo pre-inspection pilot at the Peace Bridge crossing between Fort Erie, Ontario, and Buffalo, N.Y., which tested the concept of CBP conducting primary inspections of U.S.-bound cargo by truck on the Canadian side of the border to determine the effect on border wait times and congestion.

According to Kerlikowske, CBP’s analytical reports and traffic modeling suggest that decreases in wait times can be achieved by implementing a 100 percent “e-manifest” requirement, eliminating cash collections (user fees) at primary inspection.

Kerlikowske said CBP is committed to achieving these national policy and regulatory changes for the benefit of all border crossings. In the meantime, the U.S. and Canada have agreed to create three working groups focusing on vision, legal issues, and operational issues, the last of which would include subject matter experts on the technical and logistical aspects of cargo pre-inspection. 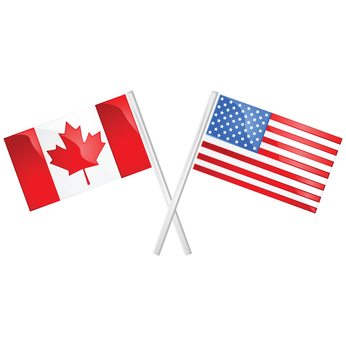 CBP is also conducting a pilot test of a new e-manifest for truck shipments of commercial goods transiting from point to point in Canada through the U.S. This pilot was launched May 27 and covers nine Canadian truck carriers at the Port Huron, Mich., Pembina, N.D. and Blaine, Wash., ports of entry. Kerlikowske said this pilot will eliminate country-specific manifests for shipments transiting, but not being imported into, the neighboring country.

The two countries also continue to engage on the implementation of a March 2015 agreement on land, rail, marine, and air transport preclearance that is designed to reduce congestion and delays at the border and increase efficiency and predictability in cross-border travel, tourism, and transportation.

Kerlikowske said that once implemented this agreement will expedite lawful travel across all modes of transportation by:
(a) providing for the expansion of preclearance locations
(b) providing the legal framework and reciprocal authorities necessary for U.S. and Canadian preclearance officers to effectively carry out their security, facilitation, and inspection processes in the other country.

Legislation necessary to authorize certain aspects of the agreement (e.g., allowing CBP employees working in Canada to be prosecuted for criminal acts committed outside the U.S.) is currently pending in both countries.

Finally, CBP has initiated an extensive dialogue with the governments of Canada and Mexico on a proposed North American single window approach that does not involve the interoperability of systems but focuses on greater alignment of cargo processing procedures in the region.