The Office of Foreign Assets Control and the Bureau of Industry and Security are amending the Cuban Assets Control Regulations and the Export Administration Regulations, effective Oct. 17, to further normalize relations between the U.S. and Cuba. Among other things these changes will expand and streamline authorizations relating to trade and commerce, including the following.

OFAC is adding an authorization that will allow the importation into the U.S. or a third country of items that were previously exported or reexported to Cuba pursuant to a BIS or OFAC authorization. This authorization will also permit persons subject to U.S. jurisdiction to service and repair such items. Exporting or reexporting replacement items or items that have been repaired or serviced must be separately authorized by OFAC and/or BIS as appropriate.

OFAC is amending its general license authorizing certain transactions incident to exports and reexports authorized by BIS to eliminate references to 100 percent U.S.-origin items. This is intended to minimize and clarify the circumstances in which an export or reexport authorized by BIS requires additional licensing by OFAC. This general license does not authorize any transaction between a U.S.-owned or –controlled firm in a third country and Cuba for the exportation to Cuba of commodities produced in a country other than the U.S. or Cuba.

BIS will generally authorize exports of certain consumer goods that are sold online or through other means directly to eligible individuals in Cuba for their personal use.

OFAC is making a technical correction to clarify that agricultural items, such as pesticides and tractors, authorized by BIS for export or reexport to Cuba are not subject to restrictions on payment terms. Authorized exports and reexports to Cuba of agricultural commodities, such as poultry and corn, remain subject to the limited payment and financing terms of cash in advance or third-country financing.

OFAC is adding an expanded general license that will authorize persons subject to U.S. jurisdiction to enter into certain contingent contracts for transactions currently prohibited by the embargo provided that contract performance is made expressly contingent on prior authorization by OFAC and any other relevant federal agency or on authorization no longer being required. Transactions ordinarily incident to negotiating and entering into such contracts will also be authorized.

OFAC is issuing a general license that will waive the prohibition on foreign vessels entering a U.S. port for purposes of loading or unloading freight for 180 days after calling on a Cuban port for trade purposes if the items the vessel carried to Cuba would, if subject to the EAR, be designated as EAR99 or controlled on the Commerce Control List for anti-terrorism reasons only.

New OFAC authorizations will allow (a) the importation and the marketing, sale, or other distribution of FDA-approved Cuban-origin pharmaceuticals and (b) transactions incident to obtaining FDA approval of Cuban-origin pharmaceuticals. Persons subject to U.S. jurisdiction engaging in such activities will be authorized to open and maintain bank accounts in Cuba for use in conducting the authorized business.

OFAC is adding a new authorization that will allow persons subject to U.S. jurisdiction to provide services to Cuba or Cuban nationals related to developing, repairing, maintaining, and enhancing certain Cuban infrastructure in order to directly benefit the Cuban people.

OFAC is adding a new authorization that will allow persons subject to U.S. jurisdiction to provide civil aviation safety-related services to Cuba and Cuban nationals aimed at promoting safety in civil aviation and the safe operation of commercial aircraft.

Excerpt from Brookings Brief on October 15, 2016

After the U.S. opens up to Cuba, can Cuba open up to the world?

Following the announcement of new regulations to ease trade and travel restrictions on Cuba, Ted Piccone explains how President Obama has committed to making U.S.-Cuba normalization a cornerstone of his legacy. And while the U.S. is playing its part in creating opportunities, Richard Feinberg argues it remains up to the Cuban government to implement economic policies that allow industries like health care, art, and tourism to flourish and prevent the island’s best and brightest from fleeing in search of better opportunities.

Our own Scarbrough team just recently visited Cuba with KC Smartport. Kansas City SmartPort is the lead economic development and transportation group in the greater Kansas City region. The group is interested in building relationships with the Cuban government and market to assist them in transportation development, port infrastructure development, and rail infrastructure development, as well as the overall market development of the Cuban supply chain industry. KC Smartport is also interested in learning more about the importance of Cuba as a Latin American hub for freight and logistics. This delegation had the purpose of learning about the market but also provided knowledge and experience to assist Cuba moving forward. 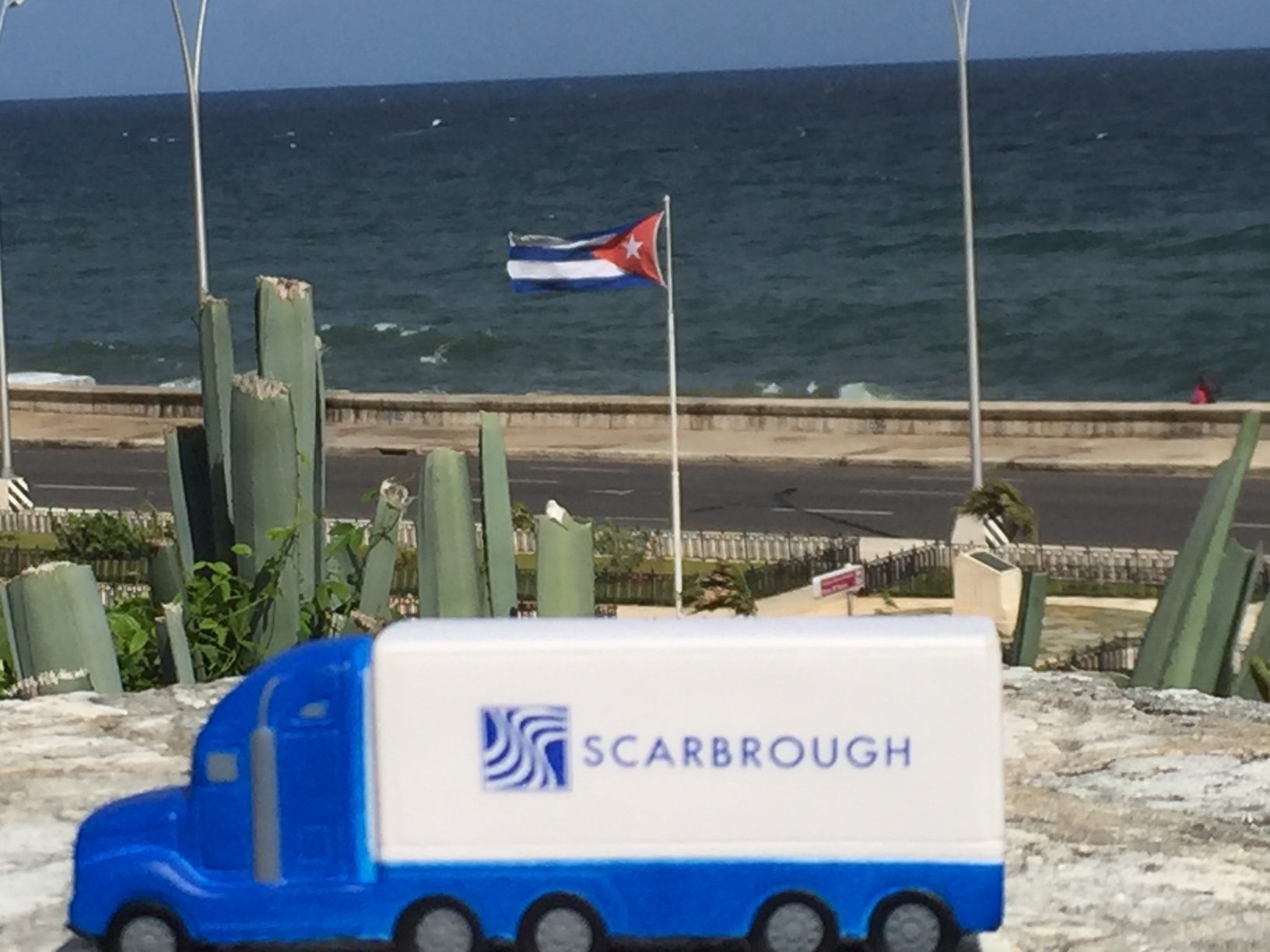