U.S. to Drop Russia from GSP

President Obama announced May 7 his intent to withdraw the designation of Russia as a beneficiary developing country under the Generalized System of Preferences. Such a move could escalate tensions with Moscow but could also help pave the way for a renewal of GSP, which would benefit U.S. importers of nearly 5,000 products from more than 120 countries.

The justification cited for graduating Russia from GSP is that it is sufficiently advanced in economic development and improved in trade competitiveness that it no longer warrants preferential treatment reserved for less-advanced developing countries. The primary criterion for such changes is typically a country’s designation as “high-income” by the World Bank, and the bank’s 2014 World Development Indicators report does put Russia in that category (along with Uruguay, though the U.S. does yet not appear to have taken action to graduate that country from GSP). U.S. Trade Representative Mike Froman added that the European Union and Canada have already acted to remove Russia from their own trade preference programs.

The president will next have to issue a proclamation formally removing Russia from GSP. In the past such proclamations have officially terminated GSP benefits for affected countries approximately 12 months after being issued, but it remains to be seen whether a similar approach will be taken this time. The Obama administration appears to be working to impose a series of successively tougher economic sanctions on Russia for its aggression in Ukraine and could therefore remove Russia from GSP more quickly than would otherwise be the case.

Revoking Russia’s GSP benefits will have no immediate effect; GSP as a whole remains suspended after Congress failed to reauthorize it last summer, so goods from Russia as well as all other beneficiaries are already subject to normal tariffs when imported into the U.S. However, it is generally expected that GSP will be reinstated, possibly sometime this year, at which point Russian goods would be at a disadvantage in the U.S. market. A USTR fact sheet notes that $296 million worth of imports from Russia entered the U.S. under GSP in 2013, making Russia the ninth-largest program beneficiary. In addition, should Congress approve refunds of duties paid on GSP-eligible imports after the program expired, no such payments would be made to importers of Russian goods.

While the president’s decision to remove Russia from GSP is justified by World Bank data and consistent with previous U.S. practice when countries become “high-income,” there could also be another factor at play. The Obama administration has been under pressure to reinstate GSP from the U.S. business community, which says domestic manufacturers have lost sales and laid off workers because they have been paying an extra $2 million a day in tariffs on inputs sourced abroad that largely cannot be procured in the U.S. However, the fact that Russia is currently a GSP beneficiary has been one of the factors cited by lawmakers as standing in the way of a reauthorization. Once that is no longer the case, members of Congress could find it politically easier to renew the program. 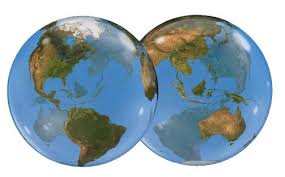