According to The Hill, “U.K. is on track to officially exit the EU in March 2019.”  In fact, President Trump believes that a deal between the U.S. and U.K. can be struck within three to nine months.  “While EU law prevents the UK from concluding a deal with the US before it leaves the EU, the UK can engage in negotiations so long as these do not result in legal commitments. Thus a UK-US deal could come to pass as early as 2019.” [source]

One contributor to The Hill states his opinion on what should be covered in a future free trade agreement between the U.S. and U.K.  He says auto components and agricultural products should be at the top of the list for discussion, and negotiators should try to reach an agreement for elimination of all duties on these items. Currently, imports from the U.S. into U.K. face an EU duty of 10% on passenger cars and 22% on light trucks.  Passenger car imports from the U.K. into the U.S. are taxed with a 2.5% duty; light trucks are taxed with a 25% duty. 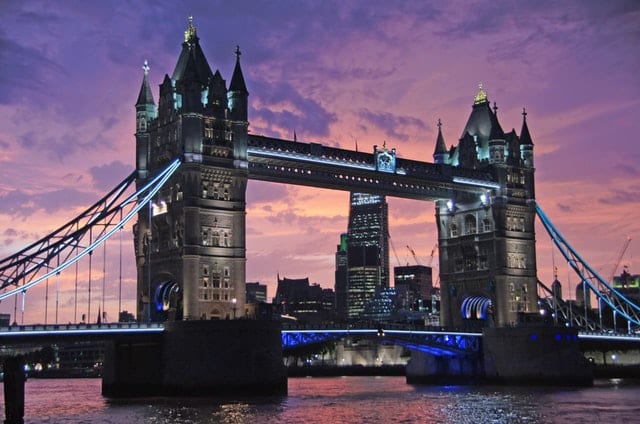 Currently, the EU pays an average of 11% on imported farm products.  Furthermore, the EU is known to impose high barriers on U.S. dairy exports.  A possible free trade agreement should loosen those barriers and “seek the mutual recognition of food safety standards. Each nation should be free to regulate products to protect public health and safety, but any such regulations should be based on sound science, not the protection of special interests.” In turn, the U.S. will have to think about eliminating all barriers to U.K. farm products, as well, including beef.

An article in U.K.-based, Trade Justice Movement, mentions that a possible trade deal between the U.S. and U.K. could harm U.K.’s overall quality of life.  For example, the article mentions, “The U.S. makes no secret of the fact that it views European health and environmental standards as ‘trade barriers’. This goes beyond the EU measures restricting chlorine washed chicken and hormone reared beef that the US has tried to dismantle through the World Trade Organisation and during TTIP negotiations. Indeed, the US Trade Representative’s (USTR) 2016 Report on Foreign Trade Barriers lists, among others, EU regulations on chemical safety (the REACH regulation), nutritional labelling, hormones in food, GMOs, milk quality and meat safety as measures it views in whole or in part as trade restrictions that it would like to ‘tear down’.”

Regardless of opinions, the trade deal will most likely happen.  In fact, announced on November 19, 2019, “The Office of the United State Trade Representative has submitted a request to Congress for members to begin discussing what kind of deal they want to propose to the UK. The request reads: “The Administration’s aim in negotiations with the UK is to address both tariff and non-tariff barriers and to achieve free, fair, and reciprocal trade. “The President intends to commence negotiations with the UK for a US-UK Trade Agreement.”

For more information, read this.