Excerpt from: Office of the United States Trade Representative

United States Trade Representative Michael Froman and Thailand’s Minister of Commerce Apiradi Tantraporn met on April 20 to kick off a two-day meeting under the U.S.-Thailand Trade and Investment Framework Agreement (TIFA). They reaffirmed the importance of our longstanding relationship and their interest in agreeing on new initiatives to further strengthen trade and investment between the two countries.

U.S. and Thai officials discussed ways forward on a wide range of outstanding bilateral issues, including related to intellectual property, on which they agreed to finalize an action plan in the next few weeks focusing on key concerns and benchmarks for progress. They also discussed proposals for addressing issues related to customs, agriculture, labor, environment, and financial services and agreed on follow-up plans to advance these issues.

The United States welcomed Thailand’s ratification of the WTO Trade Facilitation Agreement in October and agreed to work together to encourage others to ratify the agreement, and urged Thailand to take the final steps to implement the APEC Environmental Goods list tariff reductions. In addition, they discussed ways to work together to promote work under the ASEAN-U.S. Trade and Investment Framework Arrangement, including related to the digital economy, transparency, and investment.

In response to a request to learn more about the Trans-Pacific Partnership (TPP), the U.S. team briefed Thai delegates in detail on the commitments in the agreement by chapter. They also discussed the process going forward as Thailand conducts an assessment of the benefits of TPP to its economy.

The United States and Thailand have strong trade ties, extending back to the U.S.-Thailand Treaty of Amity and Economic Relations in 1833. Bilateral U.S.-Thailand trade is significant, with two-way goods and services trade totaling $45 billion last year, up 50 percent over the last 10 years. 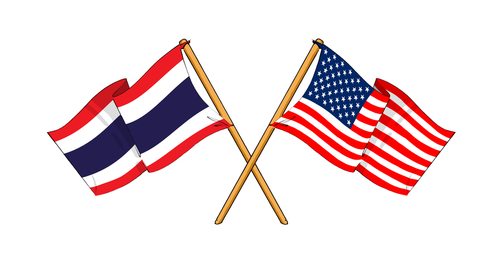