The G-20 Leaders Summit occurs tomorrow, November 30, 2018 in Buenos Aires and from what I have read, so far there will not be a large planned ceremony.  In fact, according to CBC News, one day before the Summit begins, “Officials don’t know yet who will sign the pact. And they haven’t said exactly when, or where, it’s going to happen.”  Although Prime Minister Trudeau wanted to see steel and aluminum tariffs lifted before the signing of the event, the USMCA will still be happening… maybe with some cringing along with it.

Even though the signing of the ongoing NAFTA reinvention will be big to the countries involved, CBC News said the signing of the USMCA won’t be such a big deal at the G20 Summit.  What will be pressing matters then?  For starters, the G20 country ambassadors will be working together to find “different approaches to sustainable and fair growth for the global economy.”

Katie Simpson with CBC News thinks the U.S. – China trade relations battle and the presence of Saudi Arabia’s Crown Prince Mohammed bin Salman will be just a few of the minor disruptions that could take away from USMCA signing ceremony.  What’s interesting is that the final text still hasn’t been finalized.  There are several issues still at hand and it’s uncertain that all three countries agree on what they are signing.

According to CBC News, “Although the website refers to the ‘USMCA’, it’s not clear that Canada is completely on board with renaming NAFTA; Trump appeared to unilaterally come up with with title during a media appearance earlier this year. Freeland, for example, said last week that in Canadian documents it’s called ‘CUSMA’, putting Canada first, so she prefers to call it ‘the new NAFTA.’  Once the text is signed by the three leaders, or their designated ministers or officials, it becomes an official commitment of their governments.”

It will be interesting listening to Tiffany Melvin, President of NASCO, tomorrow at the NASCO Regional Update. 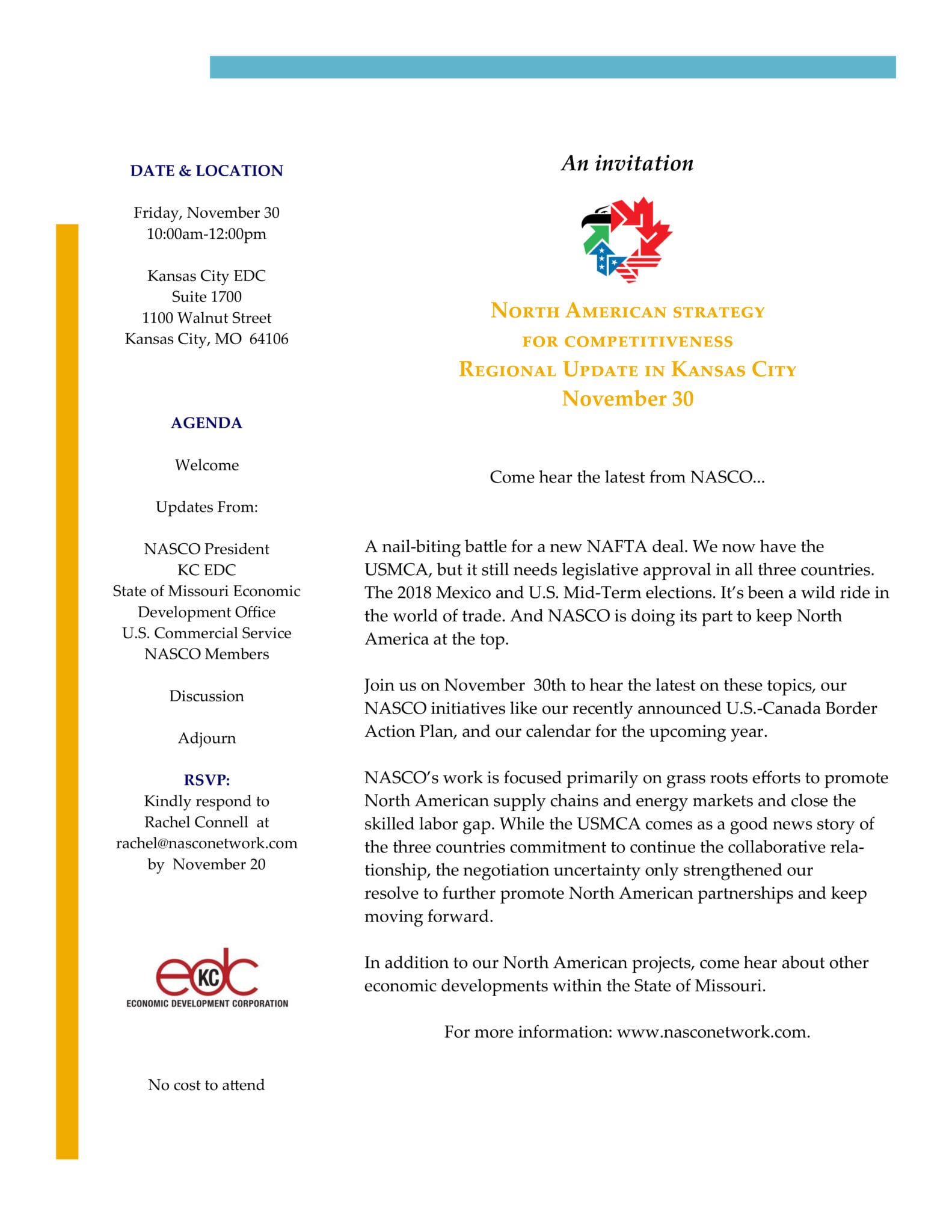