As the new year approaches, changes are coming for USMCA. The Trump administration’s replacement for NAFTA will see updates to both the law itself and its enforcement in 2021.

CBP’s six-month limited enforcement period for USMCA will expire on January 1. As a result, the agency will move into a period of stricter compliance requirements for the updated trade agreement. Restrained enforcement will continue for the automotive sector until July 1, 2021, however.

CBP implemented the restrained enforcement policy at the start of USMCA implementation in July 2020. The period gave businesses and supply chains a chance to transition away from NAFTA practices and procedures.

Updates to enforcement practices as well as record-keeping documents are expected to come from CBP in the coming months.

Congress has agreed on a massive new spending package that includes technical fixes and updates for USMCA.

The fixes come after pushes to bring back various practices from the previous NAFTA system.

According to International Trade Today, Senate Finance Committee Chair Chuck Grassley (R) of Iowa had initially harbored doubts about the likelihood of USMCA fixes making it into the year-end spending package. But as the deadline for an Omnibus spending bill neared, the updates were present in the package.

USMCA began as an effort by the Trump administration to make good on a campaign promise to renegotiate NAFTA. Despite general popularity, vocal opponents had urged for a new deal that fixed the perceived shortcomings of NAFTA.

The Trump administration announced its new plan to replace NAFTA in 2018 with the introduction of the United States-Canada-Mexico-Agreement. USMCA built off the framework of the previous agreement, adding a range of new items to enhance automotive manufacturing, labor laws, environmental protections, and more.

All three member nations eventually approved USMCA, and the plan was officially activated in July 2020. But the work was not complete for some.

As USMCA became standard for North American trade, many using the system wanted to bring back certain aspects of NAFTA. Grassley and other members of Congress worked to incorporate these fixes into the latest spending bill. Other minor updates to the agreement may arrive as each nation gets fully acquainted with its rules, regulations, and workflows.

USMCA is set to be in place for 16 years. After that, the three member nations have the option to renew, renegotiate, or leave the agreement.

Preparing Your Operation for USMCA Compliance

If you have not verified that your products that qualified for NAFTA also now qualify for USMCA, we can help. Scarbrough Consulting has already worked with numerous companies on their transition to USMCA. Our international trade experts will assess your operation and identify opportunities to leverage USMCA to your advantage. Feel free to contact your Scarbrough representative to learn more about our consulting services. 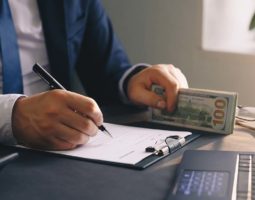