Excerpt from American Journal of Transportation | By: Reuters | March 31, 2015

Thousands of workers at a major factory in southern Vietnam went on strike for a fifth day on Tuesday in protest over social insurance cover, in rare show of labour unrest in a country positioning itself as a future Asian manufacturing powerhouse. 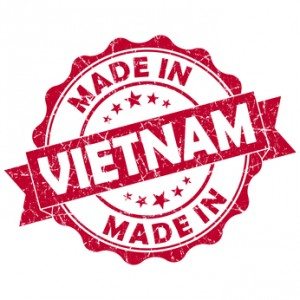 Witnesses in the industrialised suburbs of Ho Chi Minh City said hundreds of workers massed peacefully inside and outside the factory owned by Pou Yuen Vietnam, a footwear maker for firms that include Nike Inc and Adidas and brands like Lacoste, Converse and Reebok.

Strikes and protests are rare in communist Vietnam, which has been tightly controlled by one party for four decades. It is known for taking decisive action to thwart the kind of labour and civil unrest that has affected other textile manufacturing rivals like China and Cambodia.

That has earned Vietnam a reputation as a safe bet for firms like Gap, H&M and Inditex’s Zara. Such companies have helped fuel annual export growth of 15.8 percent last year in garments, to $20.8 billion, and 21.6 percent in footwear, to $10.2 billion.

Workers blocked nearby streets according to news websites of some state-run media, which has given the issue only limited coverage. VN Express reported several nearby factories closed for security reasons.

The employees are disgruntled about a social insurance law taking effect from 2016, which restricts the scope of entitlements for a lump sum payment if they leave.

The parent companies of the Vietnamese firm gave no immediate comment and city officials were trying to settle the dispute.

“The company has given them a day off today and we are holding dialogue with workers,” Nguyen Tran Phuong Tran, deputy chairwoman of the city’s Labour Union, told Reuters by telephone.

The strike is another blow for a factory that was among dozens hit by anti-China rioting last year during a maritime diplomatic row between Hanoi and Beijing.

It comes as Vietnam’s tries to lure big firms with its cheap labour, tax breaks and its looming accession to Free Trade Agreements (FTA) with its biggest export partners.

Vietnam is in the final stages of FTA talks with the European Union and hopes soon to conclude a Trans Pacific Partnership (TPP) in a region covering 40 percent of global GDP, including the United States, Japan and Australia.