Vietnam mobs attack local factories that may be Chinese-owned.  Read below:

As mentioned on Reuters.com, “Thousands of Vietnamese set fire to foreign factories and rampaged in industrial zones in the south of the country in an angry reaction to Chinese oil drilling in a part of the South China Sea claimed by Vietnam, officials said on Wednesday.

The brunt of Tuesday’s anti-China violence appears to have been borne by Taiwanese companies in the zones in Binh Duong and Dong Nai provinces, as rioters mistook the firms to be Chinese-owned. There were no reports of casualties and the rioting appeared to have subsided by Wednesday.” 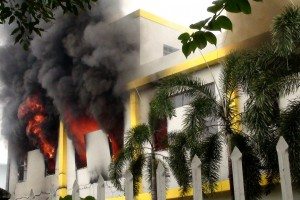 Similar to all of the small labor strikes in India and Sri Lanka, we don’t see this riot lasting long or having a great impact on any of our clients’ supply chains. There is a chance that the riots will delay goods long enough causing a missed sailing, but that is still unlikely. In most cases the supplier has already been working closely with the buyer to ensure minimal to no delay in product.