Vietnam signed a free trade agreement (FTA) with South Korea which is expected to boost its exports to the Korean market and more than double bilateral trade over the next five years, the Vietnamese government said.

The agreement with Seoul is among a series of trade deals Vietnam has been chasing as part of its ambitions to become a regional manufacturing dynamo and lure investment to strengthen its $184 billion economy.

“Signing the FTA is an initial step, while it is more important for the two countries to have sincere cooperation so that the pact’s implementation will be smooth” -Vietnam Prime Minister Nguyen Tan Dung told South Korea’s trade, industry and energy minister Yoon Sang-jick, according to a government statement.

Communist Vietnam, a major agriculture, seafood, textiles and electronics exporter, is expected to sign FTAs soon with Russia, Belarus and Kazakhstan. It could conclude talks on an FTA with the European Union next month.

It is also nearing finalisation of a Trans-Pacific Partnership (TPP) agreement with 12 countries that include Japan, Australia, Canada and the United States.

South Korea currently has eight FTAs in effect, including the United States and India.

Analysts expect Vietnam to undercut some regional rivals with its cheaper labour and lower duties from the trade pacts. Microsoft is among some firms that have preemptively shifted some operations to Vietnam from Thailand and China, which are not part of the TPP.

Two-way trade last year rose 6 percent from 2013 to a record $29 billion, three-quarters of which were Vietnam’s imports, government data shows.

The FTA covers a range of areas from goods and services to customs, trade protection and technical barriers in trading.

The pact is expected to see a sharp increase in Vietnam’s exports of agricultural produce and seafood to South Korea, and more Korean materials and components imported for Vietnam’s garments and electronics factories.

The deal will be a boon for Korean firms operating in Vietnam, including Samsung Electronics Co Ltd and LG Electronics Inc.

South Korea is the biggest investor in Vietnam, with pledges totalling $38 billion in more than 4,200 projects. Vietnam’s high-tech exports surged to $37.3 billion last year from $2.8 billion in 2009. (Editing by Martin Petty & Kim Coghill) 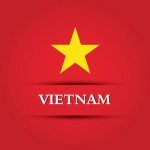