Virginia’s port authority will become the first U.S. port operator to sign a cooperation agreement with its Cuban counterpart, in an effort to increase trade and establish direct service with Cuba, Virginia’s governor said on Monday. 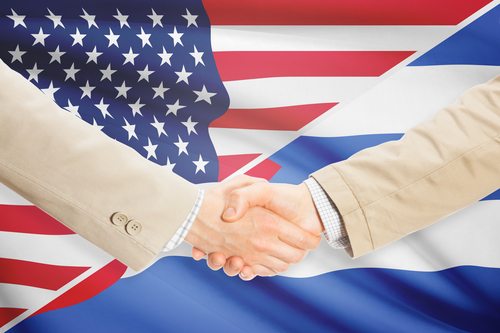 “We are going to sign an agreement tomorrow between the Port of Mariel and our Port of Virginia which will be a strategic alliance,” Virginia Governor Terry McAuliffe said during a three-day trip to the Communist-run island.

McAuliffe is the fourth U.S. governor to visit Cuba since both countries announced they would work to normalize relations just over a year ago.

The recently opened Mariel Port, just west of Havana, aims to become a major shipping center as larger ships pass through the Panama Canal and use it as a logistical hub.

“As Cuba and the United States normalize relationships, we’d like to see the Cuban companies establish Virginia as their distribution point for the United States,” Thomas Capozzi, chief sales officer for the Port of Virginia, told Reuters.

According to the New York-based U.S.-Cuba Trade and Economic Council, Norfolk, Virginia, ranked first – in metric tons – of 14 ports used in 2015 for exporting agricultural products from the United States to Cuba.

President Barack Obama has relaxed parts of the comprehensive trade embargo of Cuba and has asked Congress to lift it completely.

Virginia is Cuba’s third U.S. trade partner. The state has exported nearly $400 million in goods to the island in the last decade, McAuliffe said.

The United States authorized cash-only agricultural exports to Cuba in 2000.

Virginia’s sales to Cuba, hampered by U.S. sanctions that bar Havana from credit, dropped to $25 million in 2014, Virginia Secretary of Agriculture and Forestry Todd Haymore told Reuters, echoing a call by the governor to allow bank credit for the food trade.

He said the delegation, which includes representatives from pork producer Smithfield Foods and poultry producer Perdue Farms, hopes to increase and diversify Virginia’s exports to Cuba, which consist primarily of apples, wine and soy products.