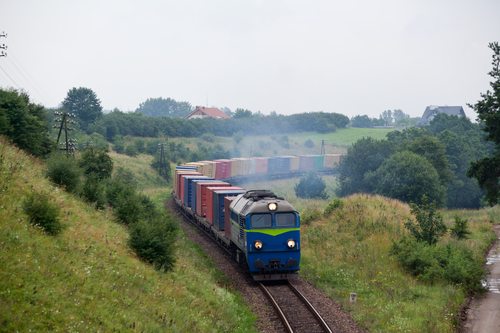 {Photo Source: Depositphotos.com/remik44992}
“This is a terrific milestone that validates the investment made by FECR, Port Everglades, the State of Florida and Broward County. One that will have long-lasting benefits for the community by reducing road congestion and greenhouse gas emissions,” Hertwig said. “We look forward to continued growth at the ICTF as the Port adds new docks and cranes, and expands its harbor with deeper and wider channels.”

In a model public-private partnership, FECR built the ICTF on 43 acres provided by Broward County’s Port Everglades. The ICTF, which was completed in 18 months and opened in July 2014, is used to transfer international intermodal containers arriving or departing by ship-both north/south and east/west trade lanes – as well as domestic containers and trailers with cargo moving to and from South Florida.

Prior to the opening of this facility, such containers were transported by truck to and from Port Everglades to off-port rail terminals in Fort Lauderdale and Hialeah.

“The ICTF ensures that Port Everglades is competitive with other U.S. East Coast gateways, and, most importantly, gives South Florida a cost and time-to-market advantage over many of these gateways,” said Steve Cernak, Port Everglades Chief Executive & Port Director.

Cargo moves through Port Everglades to/from Atlanta and Charlotte in two days, and Nashville and Memphis in three days. FECR’s direct connection to the nation’s Class 1 rail network allows for service to 70 percent of the U.S. population within four days.

The ICTF is expected to reduce congestion on interstate highways and local roadways because loading and offloading cargo will take place at the Port as opposed to offsite facilities. As a result, air emissions will be reduced by diverting an estimated 180,000 trucks from the roads by 2027.