China has continued its draconian lockdown policy for pandemic containment, and it could threaten to squeeze U.S. warehouse capacity.

Much has been made regarding the effects of China’s pattern of strict city lockdowns on trans-pacific shipping and American ports. But the effects don’t stop at the ports of Los Angeles and Long Beach – they continue inland, affecting operations and capacity throughout U.S. warehouse facilities. Waves of pent-up container volumes from Chinese lockdowns threaten to eat up warehouse capacity later this year. The domino effect could put businesses in a tight spot by autumn.

Extreme Pandemic Measures Across the Pacific

While most of the world has opted for a flexible approach to COVID-19 containment, China has stuck to its guns. The nation’s government has kept its absolutist policy, regularly shutting down entire cities. These abrupt lockdowns can shutter much of China’s robust manufacturing and logistics operations. The effects on global supply chains have been drastic.

Most recently, the Chinese government all but completely locked down Shanghai, the nation’s largest city. Residents of the region were homebound and unable to work for two months. While the adjacent port technically remained open, the absence of truck drivers and other logistics workers hamstringed its operations.

As a result, outbound containers piled up.

Shanghai has just recently come out of its lockdown. Now, a large backlog of containers are ready to make their way across the Pacific to American ports. The flood of volume could again destabilize stateside facilities that have enjoyed a relative lull in recent weeks.

The containers are already heading this way. We expect that it will take a few weeks for the west coast ports to fully process the volume swell. Then, the wave heads inland toward distribution and fulfillment centers.

This all points to a tight and challenging situation for businesses seeking warehouse space come fall. Retailers had already placed bulk orders in response to last year’s inventory issues. The pileup at Shanghai means much of it could arrive at warehouses in a single, large swell of volume. Capacity will likely shrink substantially when that happens.

Finding warehouse space sooner than later is a safe bet with the current circumstances. By fall, it could be even harder to find. Contact the team at Scarbrough Warehousing for availability this summer. 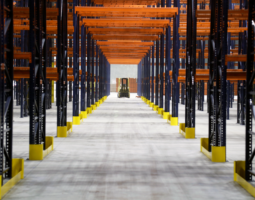 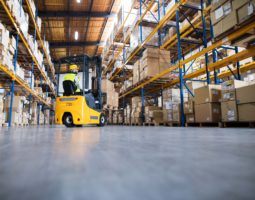 Warehousing Wednesday: How Warehousing Has Changed During the Pandemic