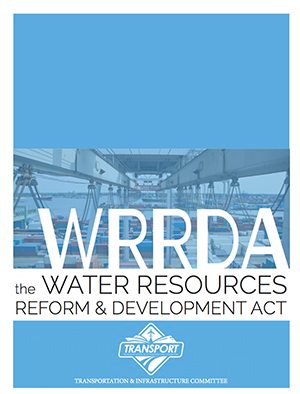 The House of Representatives on Tuesday began debating the Water Resources Development Act, which would provide resources to the Army Corps of Engineers for waterway improvement projects.

“The House of Representatives on Tuesday began debating the Water Resources Development Act (WRDA), which is anxiously awaited by the maritime industry and port authorities to get several large harbor deepening projects started and provide continued funding for maintenance dredging, inland waterway improvements and other water infrastructure.

A big stumbling block to coming up for a vote was removed when House leaders agreed on an amendment to add emergency funding for communities like Flint, Mich., that are dealing with lead-contaminated drinking water.

House Transportation and Infrastructure Committee Chairman Bill Shuster, R-Pa., comments, ‘Only three WRDAs were enacted between 2000 and 2014. That record is unacceptable. Each delay placed America another step behind our competitors. We simply can’t afford more delays.'”