After making moderate headway in clearing vessel congestion over the summer, the traffic jam outside the ports of Los Angeles and Long Beach is once again worsening. American Shipper reports that 61 vessels were waiting for access to the nation’s busiest port complex Wednesday. A combination of factors ranging from traditional peak season volumes to delays in moving containers out of terminals has mired port operations in delays.

Port of Houston Resumes Operation After Shutting Down for Hurricane Nicholas

The Port of Houston has reopened after pausing operations ahead of Hurricane Nicholas. The hurricane drenched the Texas coast, forcing the Houston port facility to close for two days. Normal activity resumed Wednesday morning. At last report, Nicholas had downgraded to a tropical storm and moved north toward Louisiana – a region still recovering from its own hurricane event. Truck drivers throughout the south have dealt with flood conditions throughout late summer.

The U.S. Department of Transportation has opened an information request asking involved parties to share information regarding supply chain capacity issues. The inquiry will accept public comments on topics ranging from warehouse capacity to technology issues. It is the latest move following the Biden administration’s February executive order for a supply chain review.

The saga continues: Canadian Pacific Railway has won a battle against CN for the takeover of Kansas City Southern. The two Canadian railroads had squabbled for months in their efforts to secure a merger with KCS. The Kansas City rail provider dashed plans to merge with CN after U.S. regulators rejected the plan. Now, the path is clear for a merger between KCS and CN that would create the first continuous railroad to span Canada, the U.S., and Mexico.

Section 301 Exclusions to Return as USTR Sets Policy with China 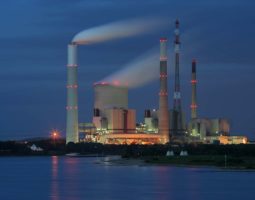