While the Port of Ningbo is at risk for another shutdown, congress pushes to provide more power to the FMC.

The Chinese government has not wavered on its zero-tolerance policy with COVID-19, rapidly shutting down a sector of the port city of Ningbo after a detected case. According to reports, more than 300,000 residents of the area have been tested for the virus. The port has yet to be affected – but a worsening situation could create another port closure like the one seen this past summer.

The House of Representatives has passed a bill that would give additional powers to the Federal Maritime Commission. According to FreightWaves, the new law would allow the FMC to impose restrictions on service contracts and more. The bill will now move to the senate, which has prepared accompanying legislation.

Storms will dump rain, snow, and high winds across the Pacific Northwest this weekend. Truckers in the region will continue to face dangerous road conditions. It’s the latest in a sequence of storms that has hammered the region – even shutting down rail traffic to and from the Port of Vancouver at one point.

A months-long effort by Canadian Pacific railroad to take over Kansas City Southern is near its conclusion. CP’s shareholders have approved the deal while KCS shareholders are set to vote later this week. Once concluded, the merger will create the first single railroad connecting Canada, the U.S., and Mexico. The conclusion comes after competing offers from CN attempted to derail the deal. 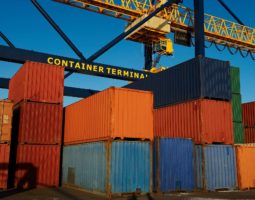 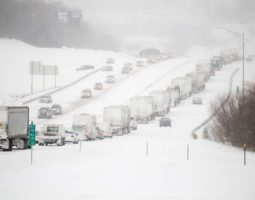