West Coast port congestion may push Truckers out of Business

West Coast port congestion may push Truckers out of Business

Draymen say they could be forced out of business by huge demurrage and detention bills.

The Harbor Trucking Association (HTA), which represents drayage companies near the Ports of Los Angeles and Long Beach, said more than 70 trucking companies have declared “force majeure” in letters sent to the Intermodal Association of North America (IANA) and various steamship lines in response to huge “per diem” and demurrage charges for containers and chassis.

“These more than 70 companies have been unable to return or take possession of marine equipment due to the congestion crisis that has been impacting the Ports of Los Angeles and Long Beach for several months, and have each been charged hundreds of thousands of dollars in per diem and demurrage bills as a result. These unfair charges are in violation of California State Law under SB 45 and are on the brink of forcing many of our Licensed Motor Carriers (LMC) out of business,” the HTA said in a press release. 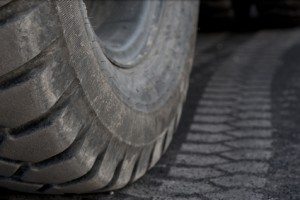 Congestion at West Coast ports has worsened as contract talks between the International Longshore and Warehouse Union and Pacific Maritime Association have dragged on for nine months. The PMA says the union has been engaged in a slowdown since Halloween. On Thursday, the PMA said a lockout at ports might occur if a contract is not reached soon, and the PMA suspended loading and unloading of ships this weekend, though some terminals may continue yard and gate operations.

“After three months of union slowdowns, it makes no sense to pay extra for less work,” said PMA spokesman Wade Gates, “especially if there is no end in sight to the union’s actions which needlessly brought West Coast ports to the brink of gridlock.” He said ILWU members make time and a half on weekends.

Gates said contract talks between the ILWU and PMA are scheduled to resume Monday.

Craig Merrilees, a spokesman for the ILWU, responded by saying “Closing the ports over the weekend is a crazy way to treat customers. The foreign-owned firms behind this move are insulting the businesses who need their containers, and should focus instead on reaching an agreement that is almost done – and could be finished if they focused more on concluding a contract and less on gimmicks and games that hurt the economy.”

On Saturday morning, Kip Louttit of the Marine Exchange of Southern California said 31 ships, including 20 containerships, eight bulk carriers, two tankers and a car carrier were anchored outside the Ports of Los Angeles and Long Beach because of congestion.

Weston LaBar, executive director of the HTA explained how the congestion crisis is affecting the drayage industry.

“A lot of our companies have six-figure bills, hundreds of thousands of dollars per month in per diem,” said LaBar. “And the biggest reason for the per diem is that they are not able to return marine equipment.”

Per diem is the charge paid when intermodal equipment is not returned by the end of the allowable free time to its origin or to another location, as previously agreed.

“The same goes for demurrage,” added LaBar. He said after containers are unloaded from ships, they are sometimes being placed in closed areas for their entire free time and truckers are “charged demurrage before they ever have the ability to take possession of the container and remove it. They are just in some area of the yard that the marine terminal for whatever reason has said ‘this area is not open.’”

Demurrage is a charge to be paid when intermodal equipment is stored on property, and is normally used to encourage swift removal of containers from terminals.

“For those companies who can no longer afford to pay these mounting invoices, they are being locked out from doing business at the ports causing further distress to the ongoing congestion crisis and hurting the individual truck drivers that drive for them,” HTA said.

“A lot of our smaller companies are on the brink of going out of business, because they don’t have the cash flow to support the per diem and demurrage charges” said LaBar.

LaBar said HTA members and other motor carriers have contested the charges, saying they should not have to pay them because carriers have not been able to pick-up or return equipment due to congestion at the port. He said in some cases charges have been waived, but in others, truckers have been told they must pay the charges or face being shut out of terminals.

HTA said the trucking companies are invoking a declaration of force majeure as defined under the Uniform Intermodal Interchange Agreement (UIIA), the standard agreement used. The UIIA provides this definition in the agreement, “Force Majeure: In the event the motor carrier is unable to interchange equipment to provider within the free time as specified in provider’s addendum, or provider’s applicable tariff, as a result of acts of God, war, insurrections, strikes, fire, flood or any like causes beyond the motor carrier’s control, the motor carrier shall be exempted from the per diem charges to the extent of, and for the duration of, the condition that prevented the redelivery of the equipment.”

LaBar said, “The steamship lines seem to think that they can declare force majeure under the addenda they file, but they don’t think the truck driver has the ability to do that and the first thing we need is for the industry to realize that this is absolutely a state of force majeure.”

“The HTA stands by this ground breaking declaration from these companies and will continue to fight for members to continue moving the world’s cargo,” the association said. “Many of our members have taken to the Dispute Resolution Process (DRP) under the UIIA to have these unfair charges properly dismissed.

“We don’t think that is enough!” HTA added. “The motor carrier does not have equal rights under the UIIA” as other stakeholders.

HTA is calling on the IANA to hold a summit to amend the UIIA and add a “Motor Carrier Bill of Rights.”

“It is high time the LMC had an equal seat at the table, as well as equal and fair protections under this one-sided agreement,” said HTA. “We are advocating for a true bi-lateral agreement that allows our members to have the necessary protections to prevent abuses like these from happening again and harming the global supply chain and goods movement in Southern California.”

LaBar said truckers would like, for example, more ability to set their own rates and have marine terminals involved in the agreement. This way, if a terminal will not take back an empty container, the trucker would be able to charge for storage or diversion of equipment.

This would “even the playing field,” he contended.

Truckers pay per diem charges to ocean carriers if containers are returned after a free time period expires that can range from $85 to $175 on a dry containers, and reefer charges can be double that, according to LaBar. He also noted that truckers may have to pay a separate per diem to the chassis leasing company.

IANA administers the UIIA, which has over 6,700 motor carrier, 53 equipment provider signatories and is utilized for approximately 95 percent of all North American intermodal equipment interchanges.