Harley Shaiken, a professor at the University of California, Berkeley, said an agreement between the ILWU and PMA could be reached in days rather than weeks 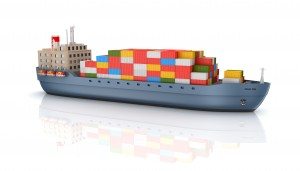 An agreement ending the 10-month contract standoff between the dock workers’ union and management that has crippled West Coast ports could be reached in days rather than weeks now that White House has intervened, Harley Shaiken, a professor at the University of California, Berkeley, who specializes in globalization, trade and labor issues, predicted Thursday.

Last weekend, President Obama dispatched Labor Secretary Thomas Perez to San Francisco to help the International Longshore and Warehouse Union and the Pacific Maritime Association, the multi-employer bargaining for terminal operators, stevedores and shipping lines, reach a compromise. Perez joins representatives from the Federal Mediation and Conciliation Service who have been working since early January to bring the parties together on a new multi-year contract.

Perez yesterday gave the two sides until Friday to reach an agreement or he would move the negotiations to Washington, Port of Los Angeles Executive Director Gene Seroka said a a meeting of the port’s board of harbor commissioners on Thursday.

“I suspect we are heading in a direction where some kind of resolution could come sooner rather than later,” Shaiken said on during an hour-long discussion on National Public Radio’s “Diane Rehm Show.”

(An audio replay of the “Diane Rehm Show” is available here.)

“I think he [Perez] will play a critical role for two reasons.

First, the secretary’s presence in San Francisco underscores the fact that the president of the United States is absolutely involved in this and wants to see a settlement as soon as possible.

Second, Secretary Perez is a very capable individual. He’s thoughtful, he listens and he’s got the skills to bring both parties together,” Shaiken said.

Both sides, but especially the union, want to avoid a situation where President Obama could declare a national emergency under the Taft-Hartley Act and force them back to work because the pressure during an 80-day cooling off period might lead the parties to make undesirable compromises. That’s why there hasn’t been a strike or lockout to this point, according to the Cal Berkeley professor.

“These two sides have been locked in negotiations for nine months. But ultimately the devil they know – sitting on the other side of the table – is preferable to the devil they don’t know – which would be Taft-Hartley being invoked,” Shaike said.

A work slow-down by the ILWU has caused huge backlogs of cargo in container yards and the lack of available space eventually forced terminal operators to slow the loading and unloading of vessels. Terminals are calling in fewer crews to handle cargo to keep labor costs to a minimum while productivity is so low. According to the PMA and other sources, cargo processing at container ports has plunged by more than 60 percent since November.

Trucking companies and drivers are losing significant amounts of revenue because of the congestion, while shippers must deal with extra transportation costs for storage and rerouting, spoilage of perishable goods, canceled contracts and opportunity costs from lost sales.

Last summer, Jeffrey Werling, executive director of the INFORUM forecasting project in the University of Maryland’s Department of Economics, wrote a widely quoted study in which he estimated that a 20-day port shutdown would cost the U.S. economy more than $2 billion per day. The study was commissioned by the National Association of Manufacturers and the National Retail Federation.   Some economists, using differently methodologies, have said the effects of a port closure would be less.  On the “Diane Rehm Show,” Werling suggested that other views tend to count up the direct effects from cargo that never shipped or was rejected, and the additional transportation expenses companies incurred, while his economic impact model takes into account indirect effects.  “It takes impacts we can count and shocks the model to see what the secondary and tertiary impacts are. And a lot of that is raising costs for manufacturing which eventually shows up as higher prices for consumers and exports, which hurts our export sector,” he said.

The drag on Gross Domestic Product would vary depending on the length of any shutdown.  The macroeconomic impact to the nation will probably be minimal if the dispute is settled soon, notwithstanding the losses keenly felt already by certain sectors and companies, according to Werling.  “If this situation is taken care of in the next week or two weeks, I think we dodge a bullet and it would be difficult to pick up this damage in macroeconomic data,” he said.

A caller from DHL Global Forwarding said the logistics company’s customers are on pins and needles wondering if their shipments will get delivered on time. DHL is advising customers that the cargo backlog and the ongoing infrastructure problems at ports that predated the labor crisis will take at least until the end of the year to clear up and get vessels on normal rotations.