Looking for space in a west coast warehouse? You may have to search elsewhere.

An influx of containers through west coast ports has squeezed capacity at nearby warehouses. Reports show that warehouses near the Port of Los Angeles, Oakland, and others are running out of space for storage, distribution, and order fulfillment. The situation has become clear: either pay a premium for coastal warehouse space or move inventory further inland.

At the same time, dockworker and driver availability dropped due to social distancing and quarantine measures. Productivity slowed just as volume shot up.

A container quagmire quickly bogged down terminals in congestion. The bottleneck has remained for a year while ports have seen volume records broken each consecutive month. The east coast has not been immune to trouble either. This summer, New York and New Jersey officially surpassed Long Beach as the second busiest port in the United States.

The congestion issues did not stay quarantined at the ports, however.

The year’s unprecedented freight volumes have moved past the ports and ensnared everything from intermodal networks to final-mile fleets. Coastal warehouses have received the brunt of the impact.

The sheer bulk of freight coming through regions like southern California and New York has quickly filled warehouse space in the regions. The dwindling space left available demands pricing that businesses are finding hard to absorb. As a result, many are seeking warehouse space in other regions.

Instead of scrounging for expensive warehouse space near the major ports, consider moving freight further inland with Scarbrough Warehousing.

Our Reno, NV facility provides cost-effective space within reasonable distances from major California terminals at Oakland and Los Angeles. Reno is an ideal staging area for distribution along the west coast or transportation further east. We can establish a personalized warehousing solution away from coastal disorder. Contact the Scarbrough Warehousing team to learn about the Reno facility’s space, services, location, and more. 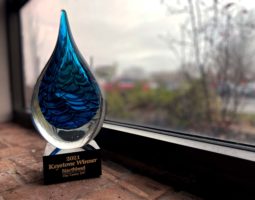 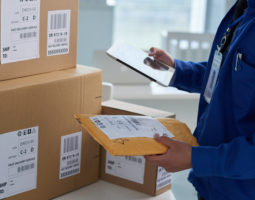