Will China and U.S. Resolve the Trade War?

China and the U.S. may end up with some formal negotiations to resolve the current China-U.S. Trade War that is going on now.  According to Reuters, “Trump is expected to meet Chinese President Xi Jinping on the sidelines of a G20 summit in Argentina at the end of November and in early December.”

Under Section 301 of the Trade Act of 1974, The United States Trade Representative initiated an investigation to determine whether China’s acts, policies, and practices related to technology transfer, intellectual property, and innovation in order to protect the security and state of economy of the United States.  Over the past several months, The U.S. has imposed additional duties of 10% and 25% on three different lists on thousands of products imported from China, and has made announcements for a possible fourth round, as well.

Currently, President Trump is working towards a more fair and reciprocal trade relationship with China.  After years of unsuccessful U.S.-China dialogues, the United States is taking action to confront China over “its state-led, market-distorting policies and practices, forced technology transfers, intellectual property practices, and cyber intrusions of U.S. commercial networks.” 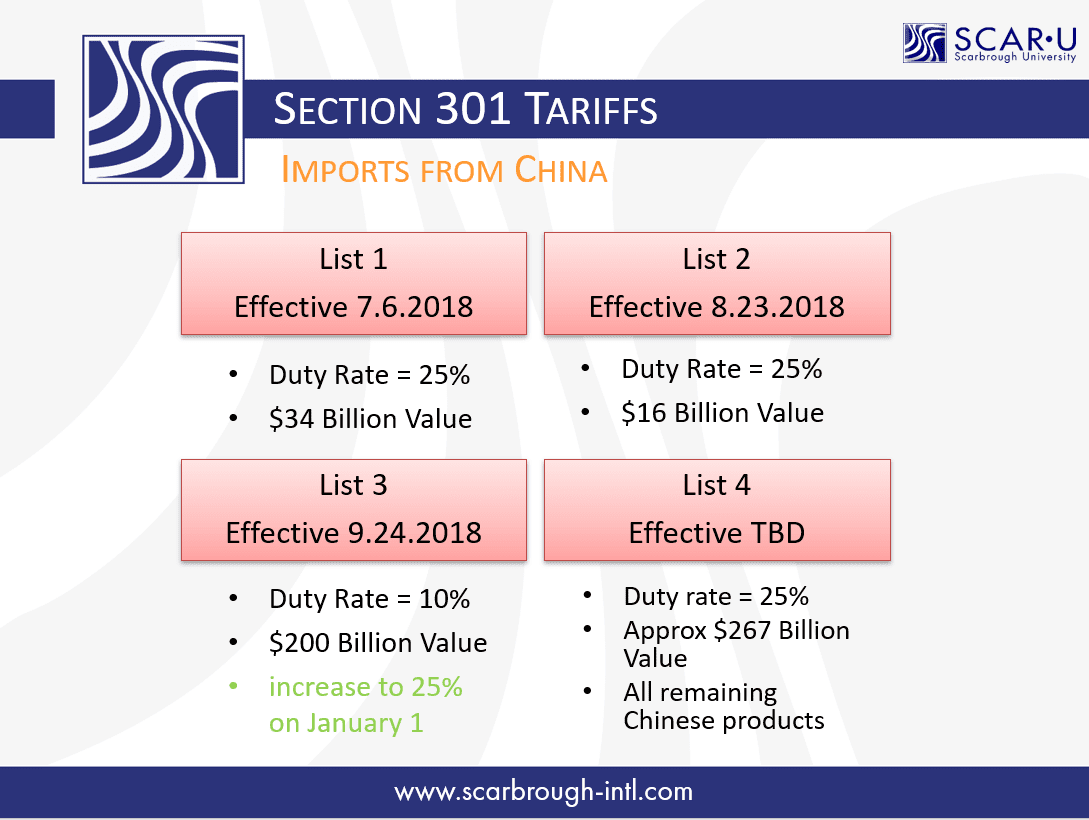 “Three U.S. government sources told Reuters on Wednesday that China had sent a response to U.S. demands on those [intellectual property theft, Chinese entry barriers to American business, and industries subsidies] and other issues, but gave no further details on its contents. It was unclear if the response contained concessions that would satisfy Trump’s demands for change.”

“While two industry sources familiar with the contents of the response said it was largely a restatement of previous Chinese commitments, it was seen as a necessary starting point for continued negotiations.”

China, of course, wants the United States to lift tariffs, including Section 232.  However, President Trump said he would continue to levy more tariffs if outcomes between the U.S. and China did not progress.  “The United States had said it would not start formal negotiations on trade until it saw concrete proposals from China to address its concerns.” [Reuters]

The side discussions at the G-20 Summit are no small deal.  These discussions could determine whether or not the current 10% duty rate on List 3 will increase to 25% on January 1, 2019 and what will happen with a possible List 4 publication in the near future.  In fact, according to Reuters, “U.S.-China Business Council President Craig Allen told Reuters last week that he thought it was likely China would withdraw from any process set at the G20 if the Trump administration went forward with raising the tariff rate.”