AGUA CLARA, Panama (AP) — Engineers began flooding a newly enlarged section of the Panama Canal on Thursday as authorities prepare to test a series of new locks that will allow the waterway to accommodate much bigger ships, affecting trade around the world. “Today we start seeing light at the end of the tunnel,” Panama Canal Authority head Jorge Quijano said minutes after 10 valves were opened to allow a rush of water into a set of locks. “It’s the beginning of the end. In less than a year, Panama will be enjoying the benefits of the expansion.”

A crowd of construction workers applauded the first gush of water from an artificial lake into some of the giant locks that are a key part of the canal’s multibillion-dollar expansion. Workers will spend the next several months filling the new locks on the Atlantic side of the canal and later those on the Pacific side as they perform stress tests. The expansion, which began in 2006, will allow the canal to handle vessels capable of carrying 2.5 times the number of containers held by ships currently using the canal.

The project has been beset by a nasty battle with European builders over cost overruns and delays, but work is now 90 percent complete. Officials expect the expanded canal to open by April 2016. 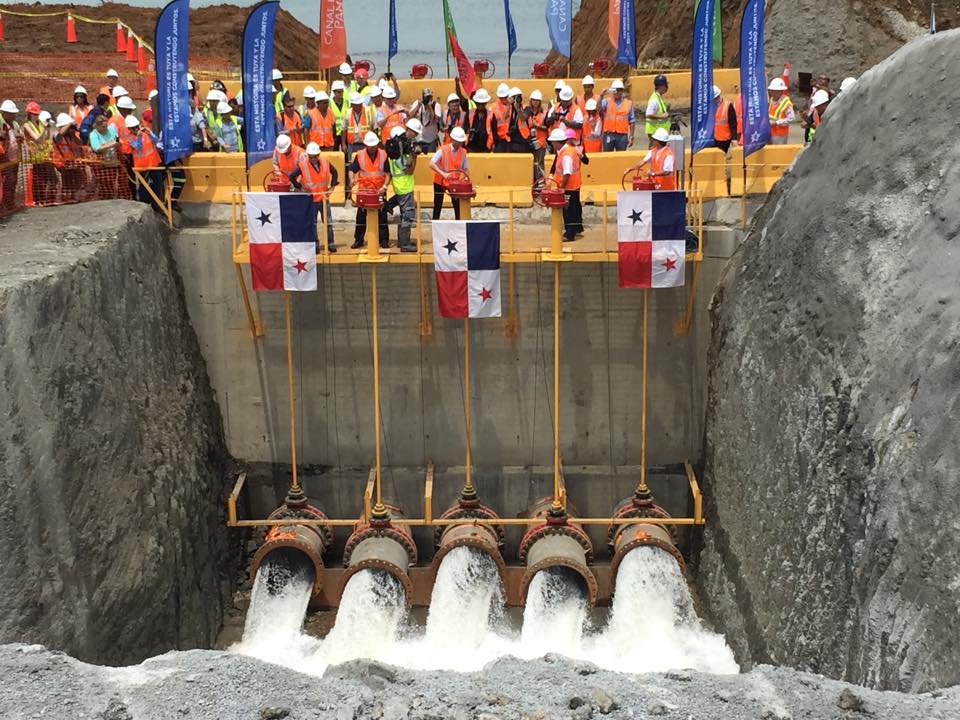