Are you watching the FIFA World Cup?  If you are not then you are missing what has started out to be the highest scoring World Cup in History!  I understand that many Americans don’t follow “fútbol” (Soccer) like the rest of the world does.  If you don’t know what the FIFA World Cup is, then let me tell you a little about it and why it’s important.

The FIFA World Cup is the planet’s greatest “fútbol” tournament.  It features 32 of the 209 national fútbol associations.  Yes, 32 Nations face off against one another on a world stage.  This year we celebrate the 20th World Cup tournament in hosting country, Brazil.  Prior to the tournament, each nation was placed randomly into 8 Groups.  Each group features 4 teams who will play each other with only the top two in the group able to advance into the “knock-out” stages.

While very few countries have actually won the World Cup title, it is the passion of the worldwide audience that amazes me.  Countries, communities and businesses will pause to watch when it is time for their team to hit the pitch (field).  They will watch with passion and unity that is not often seen in American sports.  They will watch as some teams look to possess the ball, strategically move their players around like they would in a chess match, and while others will look to counter attack their opponent and score quickly.  They will see foot skills that mesmerize, headers, fouls, ejections, sweat, blood and tears as the players fight all month for the coveted crown.

As for the USA team–  The U.S. Men’s National Team (USMNT) is part of group “G” which also features two of the top five teams in the world, Germany and Portugal.  These three teams along with Ghana make up our group which has been nicknamed the “Group of Death.”

To many that don’t follow fútbol, yet want to follow Team USA, please note that the “Group of Death” is the hardest group to advance to the “knock-out round.”  Why? Because Germany and Portugal are known to be some of the best teams in the world. Not to mention, Ghana beat USA in the previous two world cups.   So while the odds are against Team USA, there are many like myself that believe in our team and expect a world class effort. 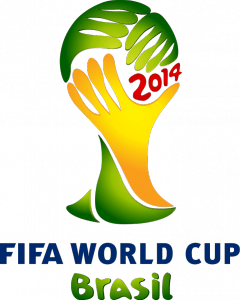 A world class effort is what USA showed last night in a thrilling 2-1 victory over Ghana.

As a Scarbrough newsletter reader engaged in international trade, I encourage you to watch and follow the teams in the countries with which you do business, or are wanting to do business.  You should know what times they play, how they play and the result of the match.  It may help you to improve your relationship with your client or vendor.  You may also end up becoming a passionate fan of the world’s game of “fútbol” like me.

“I BELIEVE THAT WE WILL WIN!” I’m happy to take any comments! Please email me at kekstrand@scarbrough-intl.com   ~Kevin Ekstrand