As a Global Business, Scarbrough International has the privilege of working with our partners, clients, carriers vendors and consignees in all countries around the world.  We would like to take a quick moment to congratulate all 32 countries with teams that participated in this year’s World Cup tournament held in Brazil.  Thank you for your efforts in representing your countries and the “Beautiful Game” of “fútbol”.

Special congratulations to Germany for their thrilling, extra time 1-0 victory on Sunday over Argentina.  Both teams played an amazing tournament and earned their spot in the final. 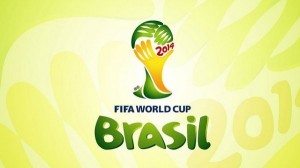 The World Cup final between Germany and Argentina was the most watched soccer (“fútbol”) game ever in the United States with more than 26.5 million viewers according to ESPN.  The tournament, as a whole, also set social media records according to an article by CNN.

As a fan of the game, I’m pleased to see the growth of the sport in the U.S. and am already looking forward to the 2018 tournament to be held in Russia.