Shanghai Index shows rates have increased to the West Coast, but are still below the TSA recommendation.

Excerpt from: American Shipper | By: Chris Dupin and Eric Kulisch | May 1 2015

Spot freight rates on major trade routes to Europe and North America, as published in the Shanghai Shipping Exchange’s Shanghai Containerized Freight Index (SCFI) moved in mixed directions Friday. The SCFI component to the U.S. East Coast fell $39 to $3,605 per FEU, while the U.S. West Coast showed the spot rate increased $187 to $1,783 per FEU.

The rates are below the minimum rates for the year beginning May 1 recommended by the Transpacific Stabilization Agreement for the Asia-U.S. trade. Those recommendations were:

Richard Ward, a container derivatives broker at Freight Investor Services in London, noted a commentary in an Alphaliner newsletter earlier this week suggested rates to the U.S. East Coast are “likely to come under further pressure with the introduction of six new strings, which will increase capacity by 24 percent compared to March levels.” 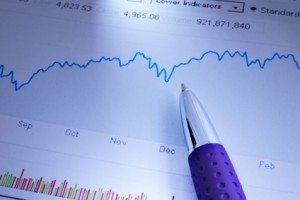 Alphaliner said these services, being introduced in April and May, include five transpanama services: the G6’s NYE which is being unwound from the SCE after being combined during the winter season, and services from the CKYHE Alliance, Maersk, the Ocean 3 Alliance, and China Shipping/Hamburg Sud/UASC. Ward noted European trade lanes also diverged “highlighting the differences in supply and demand between the two trades.”
{Photo Source: Depositphotos.com/Mny-Jhee}

The spot rate as measured by the SCFI fell a further $6 to $343 per TEU, while the rate to the Mediterranean jumped $208 to $684 per TEU.  “This contrary development in rates highlights the difficulties carriers face in trying to prevent further rate erosion particularly on the North Europe trade,” said Ward. “It is understood that the previously planned increase for May 1 has been pushed back by at least a week, sending negative signals to the market but also resulting in another decline in this week’s index. In contrast, it looks as if there has been more success in increasing rates on the Med with this week’s increase offering at least some temporary respite.”

Several factors seem to be behind the introduction of new services to the East Coast, Bob Reinecke, vice president, global account sales for the South Carolina Ports Authority said Thursday on the sidelines of the Rail Supply Chain Summit in Chicago. In addition to the poor service at West Coast ports, lower spot rates are increasing demand from shippers, and lower fuel prices are making all-water passage through the Panama Canal with 4,500-TEU vessels more economical for carriers, he said.