Taxes on Chinese Imports, China-U.S. Trade War, Made in China 2025

President Trump signed an executive memorandum to issue tariffs on numerous Chinese goods. The White House plans to impose tariffs on about $50 billion of Chinese annual imports into the United States in response to intellectual property violations and will be targeting more than 100 different types of Chinese products. The value of these tariffs are based on U.S. estimates of economic damage caused by intellectual-property theft by China, according to American Journal of Transportation.

According to CNBC.com, Trump states, “When they charge 24% for a car to go in and we charge 2% for their car to come into the United States, that’s not good. That’s how China rebuilt itself.”  He stated “This is number one, but this is the first of many.” President Trump also mentioned that China’s trade practices many times involve stealing American companies’ intellectual property.

Trump slaps China with about $60 billion in tariffs: ‘This is the first of many’ from CNBC.

The tax will definitely affect U.S. producers and consumers, and some economists are stating will eventually cause inflation, high interest rates, and unemployment.  But before we go there and before the tariffs take effect, comments from the public are allowed.  More details from U.S. officials will follow 15 days from the announcement on March 22, 2018. Moreover, the Treasury has been given 60 days to come up with new restrictions on investment by Chinese firms in the U.S. [Bloomberg] 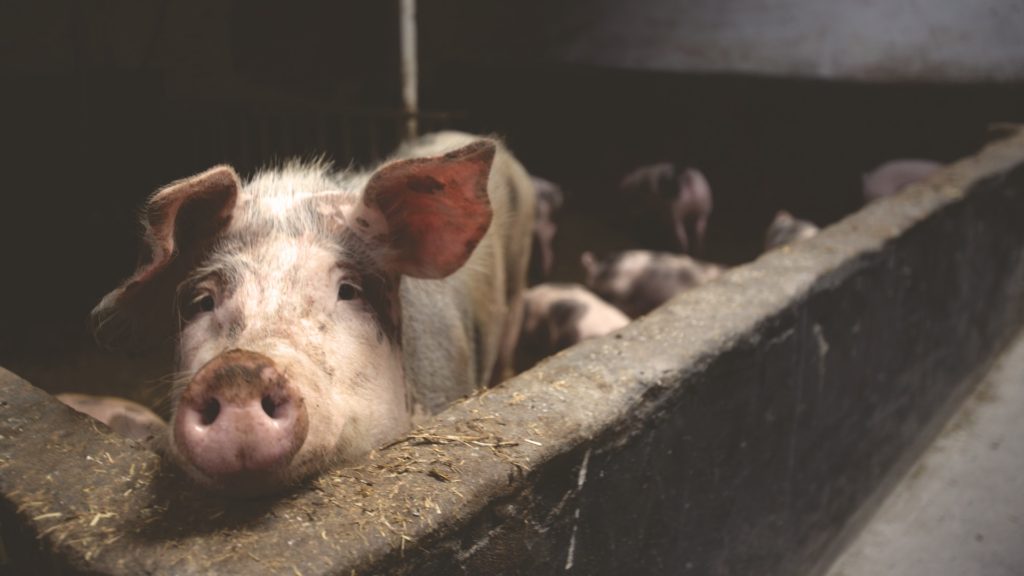 In response to the Trump Administration’s steel and aluminum tax announcement, China has announced its own tax on U.S. pork imports, adding an additional 25% to the current duty already in place. China and Hong Kong together make up the second-biggest market for U.S. pork.  In fact, China plans to place tariffs on $3 billion in U.S. products, with agricultural products being a main target.  The commodities targeted include: fresh fruits, dry fruits, and nuts; wine; modified ethanol; American ginseng; seamless steel pipes; pork and pork products; and recycled alumnium. To view full description of commodities from each of these categories, click here.

The American Journal of Transportation states, “China is showing its capacity to fight back,” said Monica Tu, an analyst at Shanghai JC Intelligence Co. The measures aren’t expected to ‘impact fundamentals a lot,’ she said, as imports from the U.S. only account for about 14 percent of China’s purchases.” The Chinese exports most at risk for U.S.-protectionist measures are ones that compete with production that currently exists in the United States and have little involvement of U.S. firms such as furniture, textiles, shoes, and toys.  Many of the industries at stake are those included in China’s “Made in China 2025” plan.  More on that below.

Many sources are implying that the U.S.-China trade war is not triggered by taxes imposed on U.S. goods or Chinese goods. The root of the issue stems back to breaking international rules.

“If Trump really signs the order, that is a declaration of trade war with China,” said Wei Jianguo, former vice commerce minister and now an executive deputy director of the China Center for International Economic Exchanges, a government-linked think tank.

“China is not afraid, nor will it dodge a trade war,” Wei said. “We have plenty of measures to fight back, in areas of automobile imports, soybean, aircraft and chips. On the other hand, Trump should know that this is a very bad idea, and there will be no winner, and there will be no good outcome for both nations.” [American Journal of Transportation]

Last year, U.S. Trade Representative, Robert Lighthizer and his team conducted a 7-month investigation, which found strong evidence that China uses foreign-ownership restrictions to compel U.S. companies to transfer technology to Chinese firms. According to The New York Times, “Chinese officials in recent days have been defending the government’s ambitious plan, known as Made in China 2025, to create globally competitive players in industries like advanced microchips, driverless cars and robotics. While Beijing has signaled a willingness to compromise on other matters, the intractable standoff over its core industrial policy could prolong a trade fight that has already shaken markets and led to concerns about a full-blown trade war.”  After Wang Shouwen, China’s vice minister of commerce argued that China was “still developing” its economy, Pascal Lamy, a former director general of the World Trade Organization and “a longtime critic of protectionism and government intervention, dismissed those arguments. China — which has the world’s second-largest economy, after the United States, and is the world’s largest manufacturer by far, of everything from steel and cement to laptop computers — had made too much progress to be lumped in with poor countries, he said.”  To read the full article on China’s “Made in China 2025” Plan or a possible future trade war between U.S. and China, visit The New York Times.