This article posts areas of shortcomings, remedies to those shortcomings, and more details on the “Biggest Trade Deal Ever,” ending with an opportunity to share your opinions.

Leaders from the BlueGreen Alliance and its allies discussed four ways in which the Trans-Pacific Partnership falls short at a press teleconference yesterday.

What are these 4 areas of shortcomings?

1. The risk it will impose on American manufacturing jobs:

The TPP undermines the U.S. manufacturing sector, will move good-paying American jobs overseas, and would reward large corporations that have moved or plan to move U.S. factories to low-wage, low-standard TPP countries, according to United Steelworkers International President Leo W. Gerard.  In addition, the TPP’s lack of any currency provision is likely to further promote outsourcing, according to Drake, increasing profits to outsourcers who then export goods back to the United States.

This could give an unelected tribunal the ability to veto U.S. environmental and labor laws at the behest of corporations, United Steelworkers said.  Sierra Club Executive Director Michael Brune said in a statement. “The TPP is a toxic deal for American families. We can’t afford to trade away our ability to protect workers and communities, our environment, and our climate.”

Arguers against the TPP also believe the agreement falls short on labor standards, not doing enough for human rights in other countries.

Example:  China wants to ship $100 billion in auto parts into the U.S. market, said Gerard, but steel auto parts produced in non-U.S. member countries can be harmful to the environment since the U.S. has one of the cleanest field industries on the planet.

“This trade agreement would allow foreign corporations to challenge our health, safety and environmental protections in a foreign tribunal outside our legal system, and it would weaken those bedrock safeguards in the United States,” Natural Resources Defense Council International Program Director Jake Schmidt said. “While there are some positive conservation measures, the agreement’s substantial shortcomings should lead Congress to reject it.”

Although many organizations have spoken out against the TPP, supporters, including the Obama administration, have argued the agreement will reduce or eliminate tariffs for U.S.-produced goods including – agricultural products, automotive parts, building products, chemicals, consumer goods, fish, footwear, forest products, high-tech instruments, health products, infrastructure materials, information technology, metals and ores, machinery products, minerals and fuels, and textiles – imported into the TPP countries. 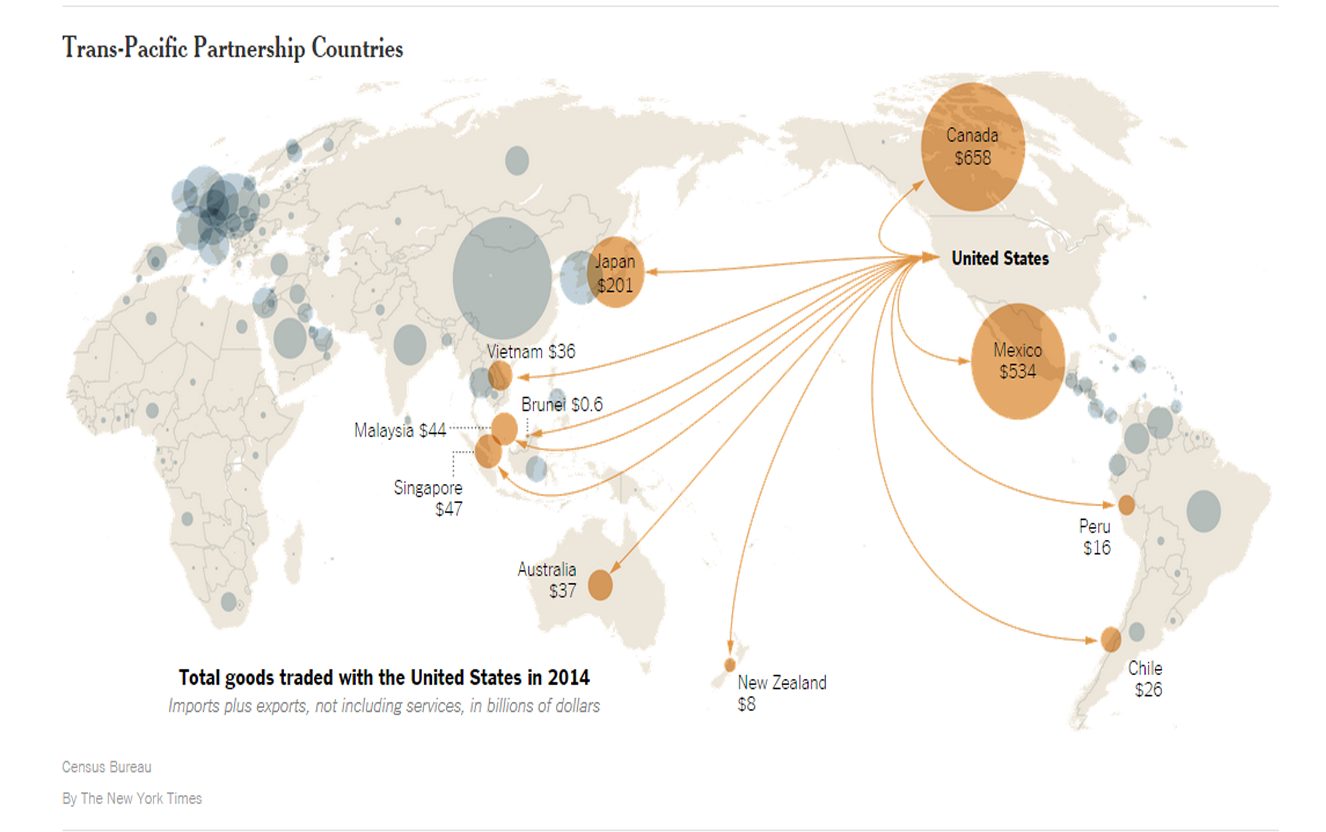 What is the Remedy to these Alleged Shortcomings of the TPP?

Speaking on an Oct. 15 conference call arranged by the Council on Foreign Relations, U.S. Trade Representative Mike Froman rejected the idea of renegotiating the recently-concluded Trans-Pacific Partnership to remedy alleged shortcomings.  Read more here on why the TPP may be different from other FTA’s.

What is the TPP?

American Shipper stated “The Office of the U.S. Trade Representative last Thursday released the full text of the TPP, a massive free trade agreement that was negotiated in secret and signed by a dozen countries in Asia and the Americas last month. Members of the TPP include – the United States, Australia, Brunei, Canada, Chile, Japan, Malaysia, Mexico, New Zealand, Peru, Singapore and Vietnam.”

What are your opinions?

We would love to compile anonymous opinions on the TPP.  Do you think it is beneficial for your country?  Will it hurt or help your business?  What are your thoughts?